Christina Grimmie Net Worth: Christina Grimmie was an American singer and songwriter who had a net worth of $800 thousand dollars at the time of her death in 2016. Christina Grimmie first came to the attention of music fans by way of her self-made YouTube videos videos where she was known as zeldaxlove64. Grimmie began posting videos to YouTube in 2009 at age 15. At the time, she was posting covers of hit songs by artists such as Miley Cyrus, Demi Lovato, Selena Gomez, Christina Aguilera, Justin Bieber and Katy Perry. She later appeared on The Voice and released several albums before being fatally shot after a concert in Florida in 2016.

Early Life: Grimmie was born in Evesham Township, New Jersey on March 12, 1994 to Tina and Albert Grimmie. She had an older brother, Marcus, and regularly attended church with her family. Her talent for singing was noticed early in her life, at the age of six, and she began playing the piano at the age of ten. She attended Bethel Baptist Christian School and later Cherokee High School.

YouTube Success and The Voice: When Grimmie was 15, she started posting videos of herself singing on her YouTube channel. She primarily posted covers of popular songs at first, starting with a cover of Hannah Montana's "Don't Wanna Be Torn" and later Miley Cyrus's "Party in the U.S.A."

In 2010, Grimmie decided to stop going to traditional high school for her junior year and was homeschooled instead. The same year, she recorded a cover of Nelly's "Just a Dream" with another YouTuber, Sam Tsui. The video shot to popularity and has since earned over 190 million views. The following year, Grimmie participated in the MyYouTube competition and won second place behind singer Selena Gomez. The competition helped Grimmie secure professional management, Gomez's mother and father.

Grimmie and Gomez developed both a friendship and professional relationship, as Grimmie provided back-up vocals for Gomez and also opened for her on tour, along with the Jonas Brothers, in 2011. In 2011 she also released her first EP, "Find Me," which debuted at number 35 on the Billboard 200 chart.

The following year, Grimmie decided to move to Los Angeles in order to focus on her singing career. Her YouTube channel continued growing and she had more than two million subscribers by April 2013. She released her debut album, "With Love," in August of 2013 and she performed songs from the album as an opener for Selena Gomez's Stars Dance Tour.

In 2014, Grimmie auditioned for the 6th season of the singing competition "The Voice." She made it onto the show, selecting Adam Levine as her coach. Ultimately she won third place in the competition and was supported by Selena Gomez and Justin Bieber throughout her time on the show.

After the show, Grimmie signed with Island Records and embarked on a tour with other former contestants from The Voice. She started working on her second major album and also won the 2015 iHeartRadio/Macy's Rising Star Contest, securing her a performance spot at the 2015 iHeartRadio Music Festival. Grimmie released her second EP, "Side A" in 2016, with hopes of releasing a full-length album later that year. 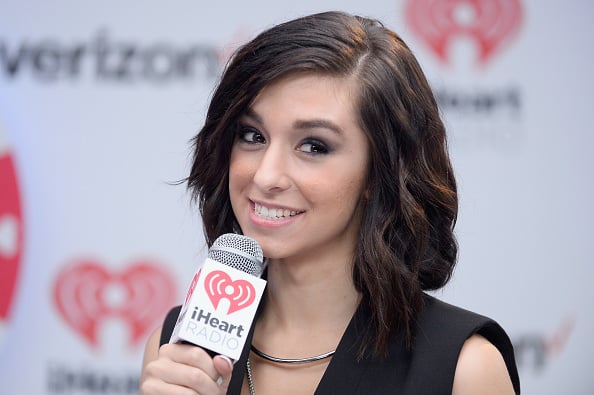 Personal Life: In addition to singing, Grimmie was passionate about animal rights and was involved with the Human Society of the United States. She participated in several fundraising events for the organization and also worked with PETA to promote pet adoption. She later received a leaf on PETA's Tree of Life, which recognizes individuals who are advocates for animals. The Human Society also recognized her advocacy by creating the Christina Grimmie Animal Medical Fund and awarding her an "Impact Award."

Grimmie's mother, Tina, struggled with multiple diagnoses of breast cancer over the course of Grimmie's life. She has stated that her mother's fight with breast cancer was a big inspiration for her musical career.

Death: On June 10th of 2016, Grimmie was performing with Before you Exist at The Plaza Live concert in Orlando, Florida. After the concert, Grimmie was signing autographs inside the venue when she was approached by Kevin James Loibl. After opening her arms to give him a hug, Loibl shot Grimmie three times before fatally shooting himself. Grimmie was rushed to the hospital but was pronounced dead less than one hour later.

In investigating the homicide, the Orlando Police Department stated that Loibl had traveled specifically from his home of St. Petersburg, Florida to Orlando in order to commit the crime. He had no prior history of violence or arrest record. While his motive remains unknown, as Loibl's friends and family were unaware of his intentions, police have speculated that Loibl had developed an unhealthy obsession with Grimmie.

Grimmie was buried in a private ceremony on June 16th and then honored in a public memorial on June 17th, which was attended by thousands of fans, in Medford, New Jersey. Many celebrities and musicians paid tribute to Grimmie on social media, including former coach Adam Levine and friend Selena Gomez. A number of artists also dedicated performances to Grimmie, including Justin Bieber, Charlie Puth, and Demi Lovato. YouTube CEO Susan Wojcicki also paid tribute to Grimmie on the YouTube homepage.

Grimmie's death caused outrage among many artists and celebrities, as well as proponents of stronger gun regulation, given that metal detectors were not present at the venue the night of Grimmie's death. Billboard published "An Open Letter to Congress: Stop Gun Violence Now" which was signed by almost 200 artists.  Grimmie's family also filed a wrongful-death lawsuit against the concert promoter and security company working the event, given the lack of security. The suit was ultimately dismissed by the family in 2019. 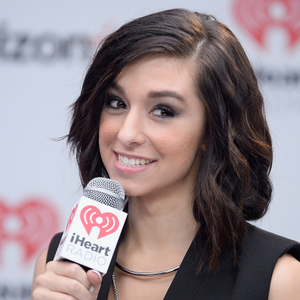