What is Christina Aguilera's Net Worth and Salary?

Christina Aguilera is an American musician and entertainer who has a net worth of $160 million. A five-time Grammy Award winner, she is best known for her vocal power and provocative personal style. In addition to her pop music career, she has also ventured into acting and television, most notably serving as a judge on the music competition show "The Voice".

Christina María Aguilera was born in Staten Island, New York City, on December 18, 1980. Her father is Ecuadorian and her mother has German, Irish, Welsh and Dutch ancestry. Due to her father's work as a solider in the United States Army, Aguilera moved frequently during her early life before settling in Rochester, a Pittsburgh suburb, after her parents' divorce when she was six years old.

In 1991, despite not meeting the minimum age requirements, Aguilera auditioned for "The Mickey Mouse Club". She joined the cast two years later, where she performed alongside other now-famous names including Justin Timberlake, Ryan Gosling and Britney Spears until the show's cancellation in 1994. Aguilera was selected by Disney to sing "Reflection", the theme song for the animated film "Mulan" (1998) after sending in her cover version of Whitney Houston's "Run to You". "Reflection" charted in the Billboard Adult Contemporary chart at number 15 when it was released in June 1998. 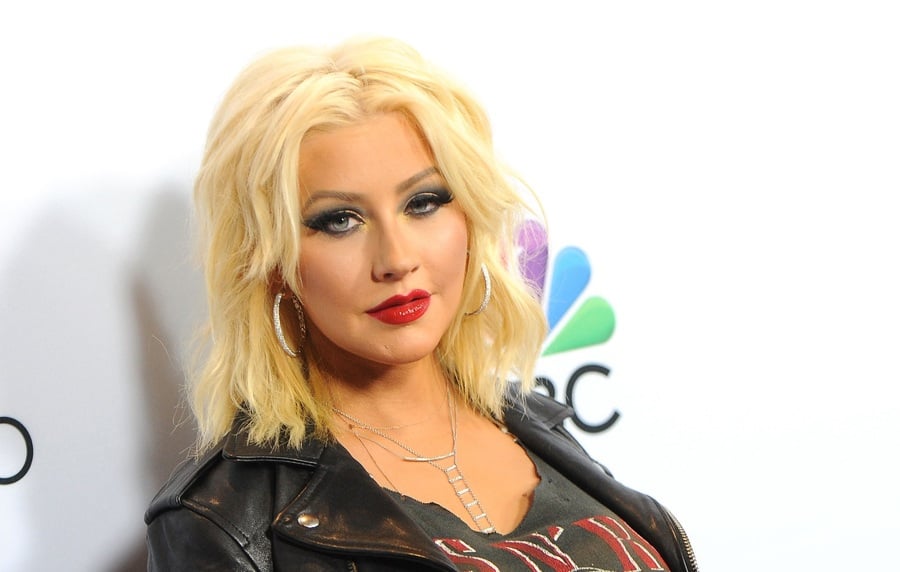 With the success of "Reflection", Aguilera signed with RCA Records. The label rushed the production of her album in order to keep up with the teen pop trend of the time, headed by fellow popstar Britney Spears. Aguilera's single "Genie in a Bottle", released in June 1999, brought her to stardom when it peaked at the US Billboard Hot 100. Her eponymous debut album followed in August 1999, peaking at number one on the US Billboard 200. As of 2010, it has been certified platinum eight times by the Recording Industry Association of America (RIAA) and sold 17 million copies worldwide.

Displeased with the lack of control over her image and music, Aguilera terminated her manager Steve Kurtz and began working with Irving Azoff. Her first project after gaining more artistic control over her career was "Lady Marmalade", her 2001 collaboration with Pink, Mya and Lil Kim. It went on to win Best Pop Collaboration with Vocals at the 44th Annual Grammy Awards.

Aguilera served as executive producer and co-writer for most songs on her fourth studio album, "Stripped" (2002). It was during the promotion for "Stripped" that Aguilera adopted the "Xtina" alter ego, debuting an edgier look with dyed black hair, tattoos and several piercings. With her fifth studio album "Back to Basics" (2006), Aguilera returned to blonde, adopting a retro image inspired by Classic Hollywood style icons such as Marilyn Monroe and naming this new persona "Baby Jane". Her "Back to Basics Tour", from November 2006 to October 2008, grossed $48.1 million.

Her later albums "Bionic" (2010) and "Lotus" (2012) received mixed reviews, although her 2018 album "Liberation" was met with positive reviews and debuted at number six on the US Billboard 200 chart. To promote "Liberation", Aguilera went on two tours: The Liberation Tour in the US (September – November 2018) and The X Tour in Europe (July to December 2019). She also headlined The Xperience, a 25-date concert residency at the Zappos Theater in Las Vegas from May 2019 to March 2020. 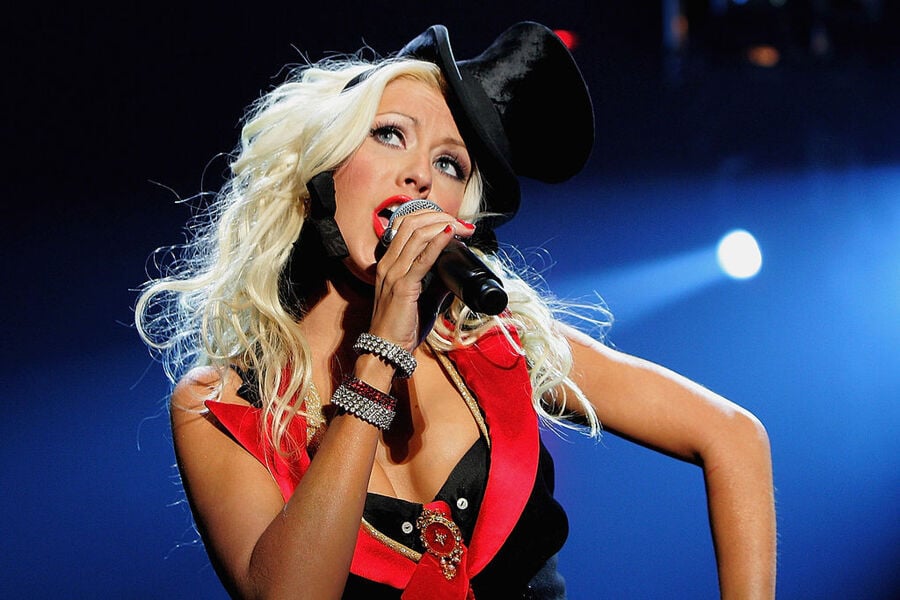 In addition to her music career, Aguilera has found success as an actress. She starred alongside Cher in the 2010 film "Burlesque", which grossed $90 million in the box office, and was nominated for Best Motion Picture – Musical or Comedy at the 68th Golden Globe Awards. She has also done voice acting work for "The Emoji Movie" (2017).

Aguilera has also had a range of successful products and endorsements, having been named the number one awarded celebrity brand in 2017. She has released several successful fragrances, including Xpose (2004), Simply Christina (2007), and Inspire (2008). Brands she has endorsed include Sears, Levi's, Skechers, Versace, Oreo, Coca-Cola and Pepsi. She earned £200,000 (about $300,000) for opening the summer sale at London department store Harrods in 2004. Furthermore, Aguilera was reportedly paid $1.5 million by People magazine for the baby pictures of her son following his birth in 2008.

Aguilera married marketing executive Jordan Bratman on November 19, 2005, after dating since 2003. In January 2008 she gave birth to their son. The couple separated in September 2010, and finalized their divorce on April 15, 2011. Shortly after, she began dating Matthew Rutler, whom she met on the set of the movie "Burlesque" where Rutler worked as a production assistant. They became engaged in February 2014, and welcomed their daughter in August that same year.

Aguilera has been an active philanthropist, supporting numerous causes throughout the years. In 2003 she donated $200,000 to the Women's Center & Shelter of Greater Pittsburgh. She has also helped raise over $148 million for the World Food Programme (WFP), having been named the spokesman for World Hunger Relief in 2009, and UN ambassador for WFP in 2010. 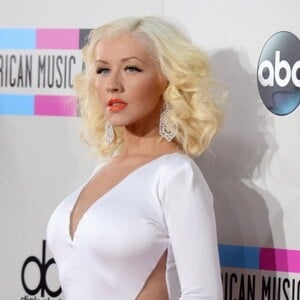