Christian Kane Net Worth: Christian Kane is an American actor, singer and songwriter who has a net worth of $6 million. Christian Kane was born June 27, 1972 in Dallas, Texas. Best known for his roles in the television shows Angel, Leverage and Into the West, as well as his roles in the movies Just Married and Secondhand Lions, Kane's TV resume also a role in the Jerry Bruckheimer-produced CBS series Close To Home (2005-2006) and a featured slot in the Steven Spielberg/TNT miniseries Into The West. In addition, Kane made his mark in big-screen films that include Friday Night Lights (2006); Just Married, where he starred with Ashton Kutcher and Brittany Murphy (2003); Life Or Something Like It (2002); Secondhand Lions (2003) in which he played a young Robert Duvall. Kane attended the University of Oklahoma where he had planned to major in Art History, but decided to try his hand at acting. He took his truck and his life savings of a few hundred dollars and headed to Hollywood, where he had many jobs, including mailroom clerk for a talent agency. His big break came when he played Ryan "Flyboy" Legget, the male lead, in a new show called Fame L.A. (1997), based on the hit movie and '80s TV show. Unfortunately, the show was canceled after 22 episodes. Kane's next role was on Aaron Spelling's Rescue 77 (1999). Due to poor ratings, the show was canceled. He was soon cast as a production assistant in Edtv (1999). Kane starred in "50 to 1" (2014), alongside Skeet Ulrich and William Devane. Kane is working on "The Librarians" (slated for December 2014 on TNT) produced by Dean Devlin who also produced "Leverage". In 1997, Christian Kane met Steve Carlson and they started writing songs together. In 1998, they formed the Southern rock band Kane. They toured the U.S. as well as England and Germany. The band self-released two albums, their self-titled debut, Kane, in 2000 and a recording of a live acoustic set, Acoustic Live In London! in 2004. The band is now signed to independent record label Bigger Picture Group. Their label debut, The House Rules, was released December 7, 2010 and it debuted at No. 1 on the Billboard Heatseekers album chart and No. 25 on the Country Albums chart. 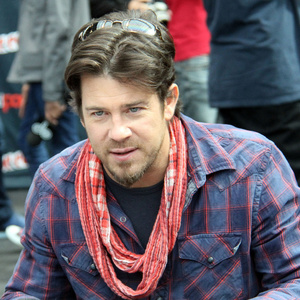