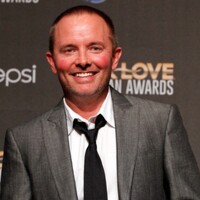 Chris Tomlin net worth: Chris Tomlin is an American contemporary Christian music artist and worship leader who has a net worth of $2 million dollars. Born May 4, 1972 in Grand Saline, Texas, Chris Tomlin is signed to EMI's sixsteprecords, associated with Passion Conferences (a Christian organization founded by Louie Giglio and Jeff Lewis in 1997). He learned to play guitar by playing along with Willie Nelson songs and wrote his first worship song at the age of fourteen. His well-known songs include How Great Is Our God, Jesus Messiah, Amazing Grace (My Chains Are Gone) and Our God, which he co-wrote with Matt Redman, Jesse Reeves and Jonas Myrin. He is also a world leader of Passion City Church in Atlanta, Georgia, along with Louie Giglio, Kristian Stanfill, Christy Nockels and Brett Younker. He won the Male Vocalist of the Year at the 2006 and 2007 (along with Artist of the Year award) and 2008 GMA Dove Awards and a Grammy for Best Contemporary Christian Music Album in 2012. Tomlin's 2013 album Burning Lights debuted at #1 on the Billboard 200 chart, becoming only the fourth CCM album in history to carry that distinction. At 2012, according to Christian Copyright Licensing International (CCLI), Tomlin's songs were performed more than 3 million times in churches around the world. Tomlin married Lauren Bricken on November 9, 2010 and their first child, daughter Ashlyn Alexandra, was born September 22, 2011.