Chris Thile net worth: Chris Thile is an American musician, singer, and songwriter who has a net worth of $3 million. Chris Thile was born in Oceanside, California in February 1981. He is best known for being part of the band Nickel Creek. Thile is known as a virtuoso mandolinist and also plays several other instruments including the banjo, guitar, drums, piano, violin, viola, cello, and double bass.

As a solo artist he released his debut studio album Leading Off in 1994. Thile has also released the albums Stealing Second in 1997 and Not All Who Wander Are Lost in 2001. His album Deceiver in 2004 reached #3 on the US Bluegrass chart and his album How to Grow a Woman from the Ground reached #2 on the same chart in 2006. Thile's album Bach: Sonatas and Partitas, Vol. 1 was released in 2013 and reached #1 on the US Classical chart. His album The Goat Rodeo Sessions with Yo-Yo Ma, Edgar Meyer, and Stuart Duncan in 2011 reached #1 on both the US Bluegrass and US Classical charts. Thile has also released six albums with Punch Brothers, one with Mutual Admiration Society, and six more with Nickel Creek. In 2016 he became the host of the live weekly radio and YouTube series A Prairie Home Companion. 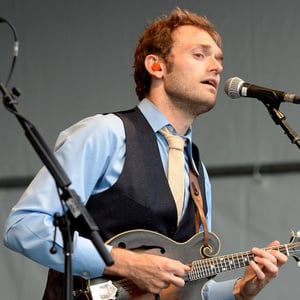