Chris Rea net worth: Chris Rea is an English singer-songwriter who has a net worth of $8 million dollars. Born in Middlesbrough, England on March 4, 1951, Chris Rea is best known for his "husky" voice and slide guitar technique. He specializes in pop rock, soft rock, and blues rock and is an expert in vocals, guitar, and piano.

He became active in the music industry in 1978 and has been affiliated with record labels such as Magnet, East West, and Edel. He is said to be one of the most popular British singer-songwriters that was prominent in the 1980s. One of his most famous songs includes "Fool (If You Think It's Over)," which reached number twelve on the Billboard Hot 100. Rea began playing guitar at 22 years old and was heavily influenced by Joe Walsh and Ry Cooder. He released his debut album, What Happened to Benny Santini?, in June 1978 and was nominated for Song of the Year at the Grammys. He was diagnosed with pancreatic cancer in 2001 and had to forego a Whipple procedure. He eventually recovered and released Blue Guitars, Dancing Down the Stony Road, Blue Street (Five Guitars), and The Blue Jukebox. He is currently married to his wife, Joan, and has two daughters named Josephine and Julia Christina. Rea has approximately 26 studio releases to his name as well as a handful of films in which he acted including Parting Shots and La Passione. 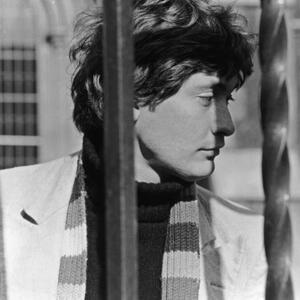