Chris Cagle Net Worth: Chris Cagle is a famous American country musician who has a net worth of $16 million. Cagle, who first tasted the fruits of success as David Karsh's songwriter, decided to pursue his own career in 2000 when he signed to Virgin Records. Born on November 10, 1968 in DeRidder, Louisiana, he was drawn to music early in his life.

As a high school student, he first took piano lessons and later switched to playing the guitar. Later on, he remained passionate about music but he was forced by life's realities to work odd jobs throughout Nashville, before inking a song-writing deal with David Kersh. Luckily, he was discovered by a Virgin Records agent and got the chance to record his first album, Play It Loud, in the mid-2000. The album was a success as it was certified gold in the States and produced such hits as "My Love Goes On and On", "Laredo" and "I Breathe In, I Breathe Out". Two years later, he released another gold album titled Chris Cagle, but this time under Capitol Records. As for his subsequent releases they include Anywhere but Here (2005) and My Life's Been a Country Song (2008). Since 2011, he has signed with Bigger Picture Music Group and his first album for the label, Back in the Saddle, came to light on June 26, 2012. 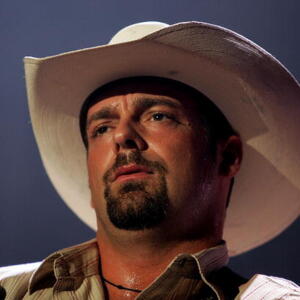