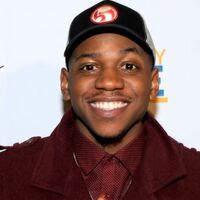 Chris Blue net worth: Chris Blue is an American singer who has a net worth of $600 thousand. Chris Blue was born in Glendale, Arizona in January 1990. He is best known for winning season 12 of the reality television series The Voice. His musical styles include R&B, soul, gospel, and pop. Blue has released the singles "Money on You", "Blue Blood Blues", and "Humanity". His releases from The Voice include the songs "The Tracks of My Tears", "Adorn" (with RJ Collins), "Superstition", "Love on the Brain", "Love and Happiness", "When a Man Loves a Woman", "24K Magic", "If I Ain't Got You" (with Vanessa Ferguson), "Take Me to the King", "Diamonds and Pearls" (with Alicia Keys), "Rhythm Nation", and more. He started singing in church at three years old and started preaching and was ordained at 15 years old. He became a worship leader and formed The Blue Brothers with his brothers. In 2015 he won the Voice-Off Knoxville competition.