Chris Barron net worth: Chris Barron is an American singer and songwriter who has a net worth of $1.5 million. Chris Barron was born in Honolulu, Hawaii in February 1971. He is best known for being the lead singer of the band Spin Doctors. The band was active from 1988 to 1999 and then again starting in 2001.

Spin Doctors released their debut studio album Pocket Full of Kryptonite in 1991 and it reached #1 in Australia and New Zealand, #2 in the UK and Norway, #3 in the US, #4 in Sweden, and #5 in Germany. The band released the album Turn It Upside Down in 1994 which reached #3 in the UK. They also released the albums You've Got to Believe in Something in 1996, Here Comes the Bride in 1999, and Nice Talking to Me in 2005. Spin Doctors had hit singles with the songs "Little Miss Can't Be Wrong" and "Two Princes". Chris Barron has released the solo albums Shag in 2001, Pancho and the Kid in 2006, Songs from the Summer Sangria in 2010, and Angels and One Armed Jugglers in 2017. 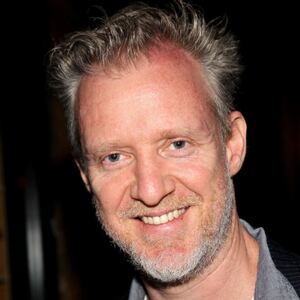