Chloe Bailey net worth: Chloe Bailey is an American actress and singer who has a net worth of $2 million. She is best known for being half of the R&B duo Chloe x Halle.

Chloe Bailey was born in Atlanta, Georgia in July 1998. Sisters Chloe and Hallie Bailey formed the R&B duo in 2013. They released their debut studio album The Kids Are Alright in 2018 and it reached #19 on the US R&B chart. Chloe x Hallie released the album Ungodly Hour in 2020 and it reached #15 on the Billboard 200 chart and #11 on the UK R&B chart. Their single "Do It" reached #9 on the US R&B chart. Chloe Bailey began starring as Jazz Forster on the television series Grown-ish in 2018. She has appeared in the films The Fighting Temptations, Last Holiday, Meet the Browns, Gospel Hill, and Joyful Noise. Chloe x Hallie have been nominated for several awards including NAACP Image Awards, BET Awards, MTV Video Music Awards, a Soul Train Music Award, Grammy Awards, and more. 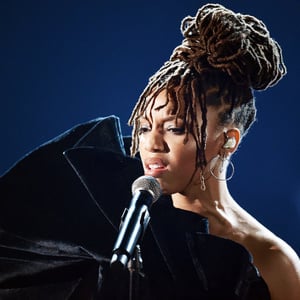