How much is Chip Esten Worth?

Chip Esten net worth: Chip Esten is an American actor, singer, and comedian who has a net worth of $4 million. Chip Esten was born in Pittsburgh, Pennsylvania in September 1965. As an actor he starred as Randy Anderson on the television series The Crew from 1995 to 1996. One of his best known roles came starring as Deacon Claybourne on the TV series Nashville starting in 2012. Esten has had recurring roles on many TV series including On The Television, The Brian Benben Show, Party of Five, The Office, ER, Big Love, Enlightened, and Jessie. Esten was a performer on the comedy TV series Whose Line Is It Anyway and Drew Carey's Improv-A-Ganza. He has had some popular singles from the TV series Nashville including with Hayden Panettiere, Connie Britton, Clare Bowen, and Lennon & Maisy. He has also appeared on episodes of the TV series Cheers, Star Trek: The Next Generation, Murphy Brown, Star Trek: Voyager, Diagnosis: Murder, JAG, Married… with Children, The Drew Carey Show, and many more. 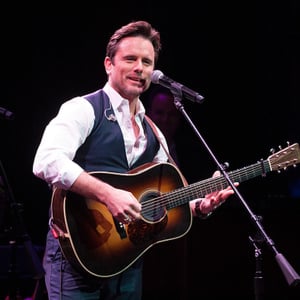