Chico DeBarge net worth: Chico DeBarge is an American R&B singer who has a net worth of $500 thousand. Chico DeBarge was born in Detroit, Michigan, and grew up in a musical family. He is a younger sibling of the group of musicians that made up the popular Motown act, DeBarge.

He chose to focus on a solo career, however, and released his first album, "Chico DeBarge" in 1986. It spawned one hit single called, "Talk to Me", which climbed to #21 on the charts. He released his second album two years later, but legal troubles, and a prison sentence for drug trafficking, derailed his ability to promote the album appropriately. After his release in the mid-90s, he signed with Kedar Entertainment and released two more albums. He then moved on to work with Koch Records, where he released the album, "Free". He then spent some time in rehab, and released the album, "Addiction" in 2009 under Kedar Entertainment. 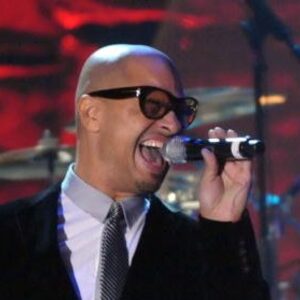