How much is Cheryl Pepsii Riley Worth?

Cheryl Pepsii Riley net worth: Cheryl Pepsii Riley is an American singer and actress who has a net worth of $4 million. Cheryl Pepsii Riley was born in Brooklyn, New York City, New York in October 1968. Her musical styles include R&B, soul, Gospel, and pop. Her debut studio album Me, Myself & I was released in 1988 and reached #9 on the R&B/Hip-Hop albums chart. Riley has also released the albums Chapters in 1991, All That! in 1993, Let Me Be Me in 2006, and Still BelieVe in 2015. One of her most popular singles is "Thanks for My Child" which reached #1 on the US R&B chart. As an actress she has appeared in the movies Colorz of Rage, Diary of a Mad Black Woman, Madea's Class Reunion, Why Did I Get Married?, Madea Goes to Jail, Madea's Big Happy Family, Laugh to Keep from Crying, A Madea Christmas, Madea Gets a Job, Hell Hath No Fury Like a Woman Scorned, and Warrior Pride. 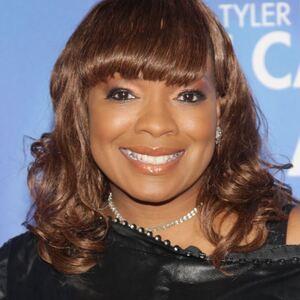