Cherrelle net worth: Cherrelle is an American R&B singer who has a net worth of $2 million. Cherrelle was born in Los Angeles, California in October 1958. Her debut studio album Fragile was released in 1984. Cherrelle's second album High Priority was released in 1985 and reached #9 on the US R&B chart. She also released the albums Affair in 1988, The Woman I Am in 1991, and The Right Time in 1999. Cherrelle's single "Everything I Miss at Home" reached #1 on the US R&B chart. She also had success with the singles "I Don't Mean to Turn You On", "Saturday Love" (with Alexander O'Neal), and "Never Knew Love Like This" (with Alexander O'Neal). Her cousin is the pop singer Perri "Pebbles" Reid. 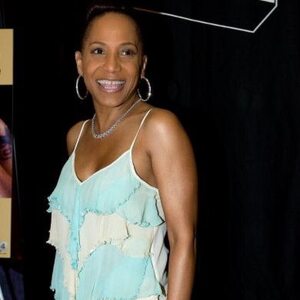