Chely Wright net worth: Chely Wright is an American singer who has a net worth of $9 million dollars. Born in Kansas City, Missouri, Chely Wright, also known as Richell Rene Wright, grew up in Wellsville, Kansas. She became fascinated by music before she started school, and would sit in her grandmother's lap while she played piano so that she could rest her hands on her grandmother's and follow the notes she played.

She was performing professionally by the time she was eleven. She landed her first steady gig, right out of high school, performing onstage at Opryland USA. She would spend the next decade writing and studying music in and around Nashville, Tennessee. In 1993, she signed with Mercury, and her first album was released a year later. After four years with Mercury, and two largely unnoticed albums, she left the label and signed with MCA Nashville. The move proved to be a good one, and she finally broke into the Top 20. She has since released several more successful albums, and launched her own record label. 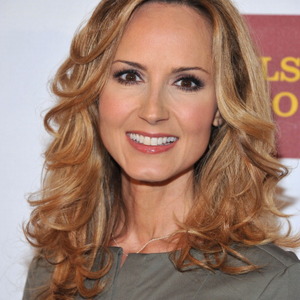