Chavela Vargas Net Worth: Chavela Vargas was a Costa Rican-born Mexican singer and reluctant actress who had a net worth of $5 million. Isabel Vargas Lizano (aka Chavela Vargas) was born April 17, 1919 in San Joaquin de Flores, Costa Rica. Particularly known for her style of Mexican rancheras, she was also recognized for her contribution to other popular Latin American music genres.

Vargas was considered an influential interpreter in the Americas and Europe and revered for her haunting performances. She has been called "la voz áspera de la ternura", the rough voice of tenderness. The Latin Academy of Recording Arts & Sciences, presented Vargas with a Latin Grammy statuette in 2007, after she was awarded a Lifetime Achievement Award. Considered the best of the Mexican cancion ranchera singers, Chavela Vargas pursued a singing career rather late in life-past the age of 30-but continued performing well into her senior years, charming audiences until she was well into her seventies. She first sang on a professional level in the early '50s and even toured with the legendary José Alfredo Jiménez. Her first recordings were in 1961, and she became quite popular during the '60s and '70s, both in her native country of Costa Rica and in Europe. Although she retired in 1979-a victim of alcoholism-Vargas returned to the limelight in 1990 after accepting a role in the Werner Herzog film A Cry of Stone. That next year she contributed a song to the soundtrack of Tacones Lejanos and in 1993 she entered a recording studio for the first time in decades. Vargas was also featured in many of Almodóvar's films (in both song as well). Isabel Vargas Lizano died in August 2012 in Cuernavaca, Morelos, Mexico at the age of 93, after suffering from heart and respiratory problems. 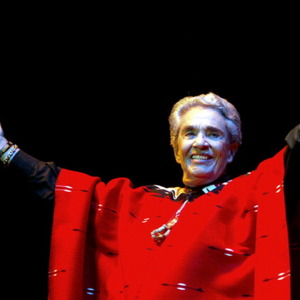