What is Charlotte Church's net worth?

Charlotte Church is a Welsh singer-songwriter, actress, television presenter, and political activist who has a net worth of $8 million. She got her break in the music industry in 1997 at age 11. She rose to fame in childhood as a classical singer singing in English, Welsh, Latin, Italian, and French before branching into pop music in 2005.

Charlotte Church was born Charlotte Maria Reed on February 21, 1986, in Llandaff, Cardiff, Wales. When she was born, her parents were already separated. They divorced and her mother remarried in 1992. Her stepfather, James Church, adopted her in 1999. Church was raised Roman Catholic.

Charlotte got her start in the music industry in 1997 when she was 11 years old. She sang Andrew Lloyd Webber's "Pie Jesu" over the phone on the British television show This Morning. That same year she performed on ITV's Big Big Talent Show. In 1999, Rupert Murdoch hired Church to sing "Pie Jesu" at his wedding. The connections Church made there led to concerts at a number of iconic venues, including the Royal Albert Hall. Church also opened for Dame Shirley Bassey in Belgium. In 1998, Church received a scholarship to Howell's School Llandaff in Cardiff to study vocal techniques. Church left school a year later.

Charlotte Church's debut album, "Voice of an Angel," was released in 1998. The collection of arias, sacred songs, and traditional pieces went double platinum in the U.K. and U.S. The album hit number one on the British classical crossover charts, making Church the youngest artist to achieve this. In 1999, Church released her second album, "Charlotte Church." In 2000, she released "Dream a Dream," a collection of Christmas carols. The following year, she released "Enchantment," an upbeat album of Broadway show tunes, pop, and swing. In 2001, she sang the end title song "All Love Can Be," for the film "A Beautiful Mind." She also appeared in the movie. In 2002, when she was 16, she released her greatest hits album, "Prelude."

In 2000 Church released her autobiography "Voice of an Angel (My Life So Far)." She was 14. She released a second autobiography, "Keep Smiling" in late 2007. 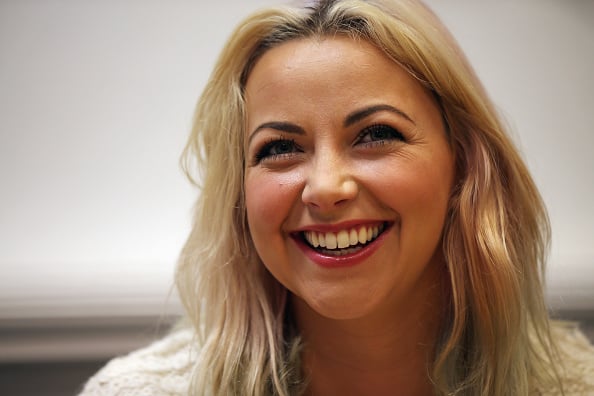 Church has made a number of appearances on television shows. She appeared on "Touched by an Angel," starred in Heartbeat's 1999 Christmas special, and appeared on episodes of "Have I Got News For You" in 2002, 2003, and 2012.

On September 1, 2006, The Charlotte Church Show debuted. It ran for three seasons from 2006 to 2008. She wone the Best Female Newcomer award for the show at the 2006 British Comedy Awards.

BBC One produced the documentary "Charlotte Church: Inside My Brain," in 2018. In the program, Church explores mental health and current research being done in the field of mental health.

Church was in a long term relationship with Welsh rugby player Gavin Henson. The couple had a daughter, Ruby Megan born on September 20, 2007, and a son, Dexter Lloyd, on January 11, 2009. Church and Henson got engaged in April 2010. They broke up six weeks later.

Church started dating musician Johnny Powell in 2010. The couple got married on October 4, 2017

At the height of her fame in 2003, Charlotte earned over $40 million before taxes and expenses. After her career slowly began to cool off, Charlotte's net worth was $18 million by 2010. In 2013 her net worth reportedly dipped down to $10 million. In a July 2014 interview with the BBC, Charlotte admitted that her wealth has dropped dramatically.

In2005, Church bought a property in her native Cardiff—for a reported $600,000—which she later sold for $1.17 million. She then bought a manor with a 20-acre in the Vale of Glamorgan in the village of St Brides Major. 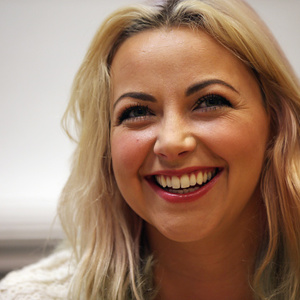