Charlie Zaa Net Worth: Charlie Zaa is a Colombian singer who has a net worth of $10 million. Carlos Alberto Sánchez (best known as Charlie Zaa) was born January 30, 1974 in Girardot, Colombia. Zaa is known across Latin America and among Hispanics within the United States. Zaa is the son of singer Luis Humberto Sánchez and sang with two famous Colombian salsa orchestras: Grupo Niche and Guayacán.

When he launched his solo career, he switched to bolero rhythm (mid-1990s) and Zaa became an overnight teen idol in Latin America. This newfound fame also brought on the paparazzi and his photos began popping up in a large number of magazines. On July 23, 2004, Charlie Zaa suffered severe abdominal pain as he was about to begin a concert in Ponce, Puerto Rico and was unable to perform. He was taken to a local hospital then later flown to Miami, Florida where he remained hospitalized until he was diagnosed with a kidney condition. Soon after, his personal doctor corrected the problem in a surgery performed in his native Colombia. Charlie Zaa has recorded close to a dozen CDs (to date) since launching his career as a solo artist. His CD Sentimientos, in which he sings some past hit songs, sold a reported 3 million+ copies throughout Latin America and the United States. His albums Sentimientos and Un Segundo Sentimiento led to him winning the 1998 Artist of the Year award at the Billboard Latin Music Awards. For his fourth album, Zaa returned to the Sonolux studios in Bogotá where he had made his first album Sentimiento, and to his original producer Milton Salcedo, and recorded old romantic standards, boleros and waltzes in an attempt to duplicate the success of Sentimiento. Zaa's album De Un Solo Sentimiento was nominated for a Latin Grammy Award in 2002. In 2011, Zaa's album De Bohemia reached the top of the Billboard Latin Albums chart. 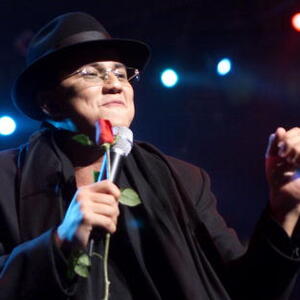