Charlie Wilson net worth: Charlie Wilson is an American R&B singer, songwriter, and producer who has a net worth of $15 million dollars. Charlie Wilson was born in Tulsa, Oklahoma, and began singing at his local church before he started kindergarten. He continued to perform throughout his school years, and eventually formed the group, The Gap Band, with his brothers Ronnie and Robert.

The Gap Band rose to popularity in the 70s and 80s, playing their own special brand of funk music. They officially retired in 2010 after 43 years together. Charlie Wilson began his solo career in the early 2000s, and his manager, Michael Paran, subsequently negotiated a three-album deal with Jive Records. This led to the Gold-certified album, "Charlie Last Name Wilson". Since then, he has released three more successful solo albums, and has also appeared on multiple tracks with Kanye West, Snoop Dogg (Lion), Underground Kings, Mystikal, Boyz II Men, Lil' Kim, and Quincy Jones. He has been nominated for six Grammy Awards. 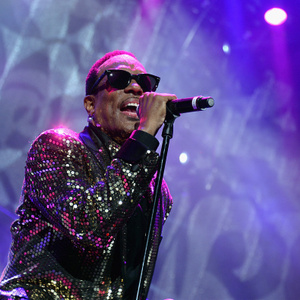