Charlie Puth is an American singer, songwriter, and record producer who has a net worth of $25 million. Puth became a viral sensation through sharing his music on YouTube. Charlie has collaborated with several successful artists, including Wiz Khalifa, Jason Derulo, Cody Simpson and Skizzy Mars. Charlie's debut studio album "Nine Track Mind", released in January 2016 on Atlantic Records, went platinum in multiple countries and peaked at #6 on the US Billboard Hot 100 Chart. Puth's single "Marvin Gaye" (featuring Meghan Trainor) reached #1 in the UK, Ireland, and New Zealand and #21 in the United States. The hit single "See You Again" by Wiz Khalifa featuring Charlie Puth reached #1 in the US, Australia, Canada, Denmark, Germany, Italy, New Zealand, Sweden, Switzerland, and the UK.  Charlie's second studio album "Voicenotes" went gold in many countries and eventually peaked at #4 on the US Billboard Hot 100 Chart.

Charlie is known for his distinguishing eyebrow scar, which was caused by an almost fatal dog bite when he was two years old.

Puth was enrolled at Manhattan School of Music Pre-College from seventh grade until his senior year of high school, where he majored in jazz piano and minored in classical studies.

Charlie attended Holy Cross School-Rumson, Forrestdale Middle School and graduated from Rumson-Fair Haven Regional High School in 2010. Charlie graduated from Berklee College of Music in 2013, where he majored in music production and engineering.

Puth has been outspoken about the bullying he experienced throughout his school years, stating "They would team up against me so bad and they would kick me in a place that wouldn't feel fantastic and I would need to throw up and they would then say I was pretending to throw up."

Puth started his own YouTube channel in September 2009, titled "Charlies Vlogs", in which he posted comedy videos and acoustic covers. In 2010, Puth released his first original song and music video "These Are My Sexy Shades" on his YouTube channel. In December 2010, Charlie's independent release "The Otto Tunes" dropped on his channel and quickly went viral.

In 2011, Puth won the online video competition "Can You Sing?", put on by celebrity blogger Perez Hilton. Puth performed his own version of Adele's "Someone Like You" with Emily Luther. Shortly after, Ellen DeGeneres signed Charlie to her label eleveneleven and had him perform on her show, "The Ellen DeGeneres Show".

In 2012, Puth released a promotional single and music video, "Break Again", with Emily Luther collaborating on vocals. Puth and Luther performed the song, along with Lady Antebellum's "Need You Now" on The Ellen DeGeneres Show. In late 2012, Puth left DeGeneres' record label eleveneleven.

In early 2015, Puth was signed to Atlantic Records and released his debut single "Marvin Gaye", featuring American singer-songwriter Meghan Trainor. The single was certified 2x Platinum in Australia and topped charts in New Zealand, Ireland, and the United Kingdom while peaking at number 21 on the US Billboard Hot 100.

Charlie co-produced, wrote and was featured on "See You Again", with Wiz Khalifa. The song was a tribute to the late Paul Walker and was included in the "Furious 7" soundtrack. "See You Again" peaked at number one on the Billboard Hot 100 chart for twelve non-consecutive weeks and was nominated for three Grammy awards: Song of the Year, Best Pop/Duo Group Performance and Best Song Written for Visual Media. It was also nominated for a Golden Globe Award for Best Original Song at the 73rd Golden Globe Awards and was shortlisted for Song of the Year for the BBC Music Awards.

On May 1, 2015, Puth released a five-song extended play, "Some Type of Love", followed by the promotional single "Nothing but Trouble" with Lil Wayne, from the soundtrack to the documentary "808: The Movie".

Throughout 2015, Puth worked on several albums of other artists. He co-wrote and produced songs "Broke" and "Pull Up" for Jason Derulo's album "Everything Is 4", co-wrote "Bombastic" with Bonnie McKee from the album of the same title, and produced "Working Class Heroes (Work)" on CeeLo Green's album "Heart Blanche".

Charlie's debut studio album, "Nine Track Mind" was released on January 29, 2016 and the single "One Call Away" peaked at number 6 on the Billboard 200.

Puth signed to Deutsch Music in 2016, as their first musician. 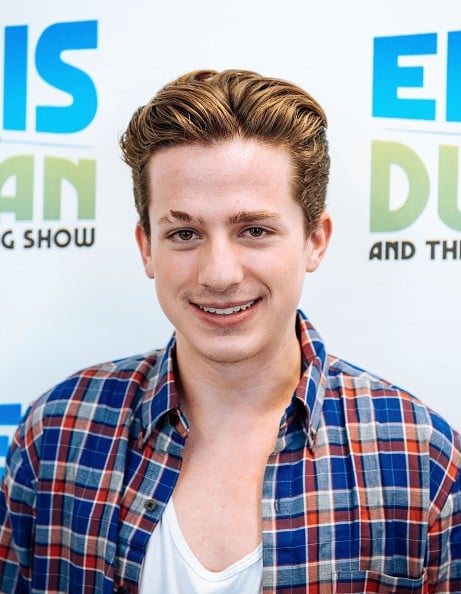 Charlie released the major hit single "Attention" on April 21, 2017, from his second studio album "Voicenotes". The song peaked at number 5 on the Billboard Hot 100, becoming his highest charting single on the charts as of June 2020. In early 2021, the song's YouTube video had amassed over 1.2 billion views.

The single "Girlfriend" and "Hard On Yourself" (featuring blackbear) were released in 2020.

Puth has worked with clothing brand Hollister Co. since 2017.

During an interview on "On Air with Ryan Seacrest", Charlie disclosed that he suffered a nervous breakdown, stating "[The nervous breakdown happened from] just being overworked and I'm in my head a lot and that, in combination with jet-lag and you know the self-realization that I am getting more famous and my privacy goes out the window pretty much every day, it's just not what I'm used to and I don't think I'm ever going to be used to it and my therapy is to just put melody to it and sing it."

In 2020, due to the surging COVID-19 pandemic, Puth left his luxury Los Angeles home and moved back into his childhood home with his parents in New Jersey.

In December 2009 Charlie paid $9 million for a home in the Trousdale Estates area of Beverly Hills. 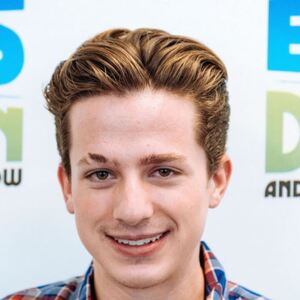