Charlie Fink Net Worth: Charlie Fink is a British songwriter, producer, and filmmaker who has a net worth of $2 million. Charlie Fink was born in Twickenham, London, England in May 1986. He is best known for being the front man for the indie folk rock band Noah and the Whale.

He formed the band in 2006 and they released their debut studio album Peaceful, the World Lays Me Down in 2008. The album reached #5 on the UK Albums Chart and was certified Gold. The band has released four studio albums including 2001's Last Night on Earth which was certified Platinum and reached the top 100 in the U.K., Australia, Belgium, Ireland, and the Netherlands. Their most popular singles include "5 Years Time", "L.I.F.E.G.O.E.S.O.N.", and "Tonight's the King of Night". Fink had a relationship with Laura Marling who appeared on the group's first album. The couple's breakup inspired the second album. He produced her first album Alas I Cannot Swim. The album was nominated for the Mercury Music Prize. He also produced music for Jay Jay Pistolet, Rae Morris, and Charlotte Gainsbourg. Fink wrote and directed the 2009 film The First Days of Spring and the 2013 short Heart of Nowhere. 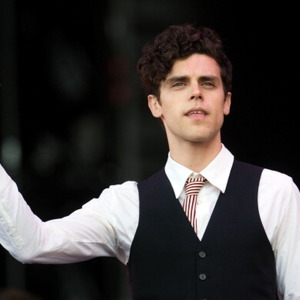