He was born in Leland, North Carolina on October 28, 1936.  His expertise is in country, southern rock, outlaw country, bluegrass, and blues rock. He plays the guitar, fiddle, bass, and is a vocalist. He was active in the music industry since the 1950s. He fronted The Charlie Daniels Band. He helped co-write a song with Joy Byers called "It Hurts Me," which Elvis Presley eventually performed.

Daniels worked with several prominent in Nashville and played fiddle on several Marshall Tucker Band recordings. He produced his first solo album in 1971 titled Charlie Daniels. In 1979, he won a Grammy Award for Best Vocal Performance for his single "The Devil Went Down to Georgia." The song has since been covered and reworked by several artists under Daniels' influence. In 1999 he was inducted into the North Carolina Hall of Fame, and he was inducted into the Grand Ole Opry by Marty Stuart and Connie Smith on January 19, 2008.

Charlie and his wife Hazel had one son, Charlie Daniels, Jr. They lived in Mount Juliet, Tennessee. 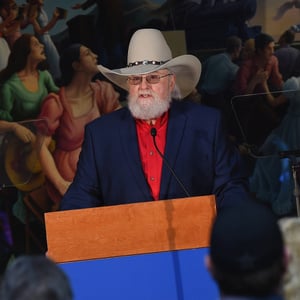