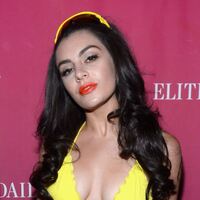 Charli XCX net worth: Charli XCX is an English singer, songwriter, music video director, and record executive who has a net worth of $10 million. Charli XCX first became popular from her collaboration with the duo Icona Pop on their single "I Love It" which reached #1 in the UK, #2 in Sweden and on the US Dance charts, and #7 on the Billboard Hot 100. She has followed up with a number of successful songs of her own and songs for other artists.

Charli XCX was born Charlotte Emma Aitchison in Cambridge, Cambridgeshire, England on August 2, 1992. She started out posting songs on MySpace in 2008. Charli XCX released her debut studio album True Romance in 2013. She released the album Sucker in 2014 which reached #15 in the UK. Her single "Boom Clap" reached #6 in the UK and #8 in the US and her single "Break the Rules" reached #1 in Austria. She was also featured on the single "Fancy" by Iggy Azalea which reached #1 in the US, Canada, and New Zealand. The song was also nominated for two Grammy Awards. Charli XCX has provided voice roles for the movies The Angry Birds Movie and UglyDolls.

In October 2020 Charli XCX paid $5.1 million for a new home in the Hollywood Hills. The seller was Calvin Harris.