What is Charli D'Amelio's Net Worth?

Charli D'Amelio is a dancer and social media personality who is known for her popular content on the video-sharing app TikTok. Charli D'Amelio has a net worth of $20 million. After first posting her dance videos on the platform in 2019, she became TikTok's most followed creator. As a result of her fame, D'Amelio has done numerous sponsorships, and has gone on to create a podcast, a makeup line, and a nail polish collection.


Charli earns money through various sources including endorsements, merchandise, YouTube revenue share and sponsored posts. She charges a minimum of $100,000 for a single sponsored post and that number is sure to go up as her channel grows. Charli reportedly earned $1 million for appearing in a 2020 Super Bowl ad for Sabra Hummus.

In 2021 Charli earned between $17 and $18 million from her various endeavors, making her not only the highest paid TikTok personality but, generally speaking, one of the highest-paid celebrities on the planet for the year.

D'Amelio has made videos as parts of campaigns for brands including Procter & Gamble, Hollister, Yoplait, Dunkin Donuts, Morphe cosmetics, Invisalign and Step. With Dunkin Donuts, Charli launched a custom drink called "The Charlie" and a menu option called "Charli Cold Foam." Soon after her Invialign endorsement went live the company saw a significant increase in revenue generated by teenagers.

She and her sister have a podcast, an animated show, Hulu documentary series and a series on Snap.

Charlie and Dixie have a licensing deal with a company called Just Mobile Direct which manufactures a line of ring lights – a popular tool among influencers and vloggers. Through this partnership they have also endorsed a line of phone holders and other gadgets. They earn a percentage of each sale. 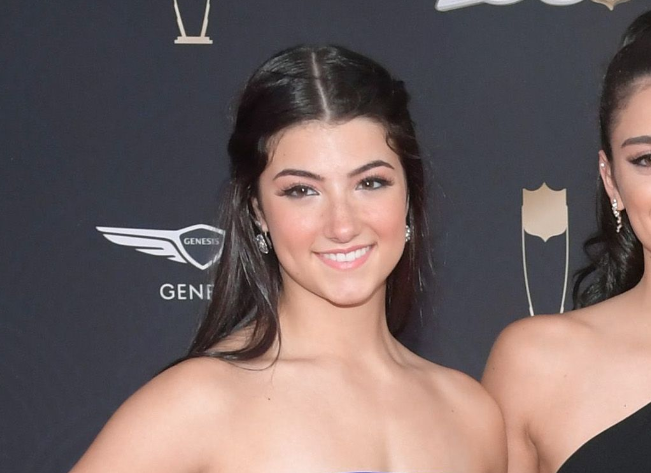 Charli D'Amelio was born in 2004 in Norwalk, Connecticut to Heidi, a photographer and former model, and Marc, a former Republican candidate for the Connecticut State Senate. She has an older sister named Dixie. D'Amelio started dancing at the age of three, and was a competitive dancer for more than ten years. For her education, D'Amelio attended King School, but moved to virtual schooling after her success on TikTok.

In May of 2019, D'Amelio began posting on TikTok with a lip-syncing video she made with her friend. A couple of months later, she gained recognition for a side-by-side duet video she made with a user named Move With Joy. Her biggest exposure yet came in October, when she performed a dance known as the Renegade to the K Camp song "Lottery." D'Amelio was credited with popularizing the dance, and was also falsely credited with creating it. Following this, in November, she and her sister joined The Hype House, a collective of teen TikTok personalities based in Los Angeles.

D'Amelio reached a new level of fame in late 2019, when Sony Music executive Barbara Jones signed her to her management company, Outshine Talent. Subsequently, in early 2020, D'Amelio signed with United Talent Agency. She went on to appear in a Super Bowl commercial for Sabra Hummus, and was invited to create a TikTok dance challenge paying homage to Jennifer Lopez's halftime show performance. 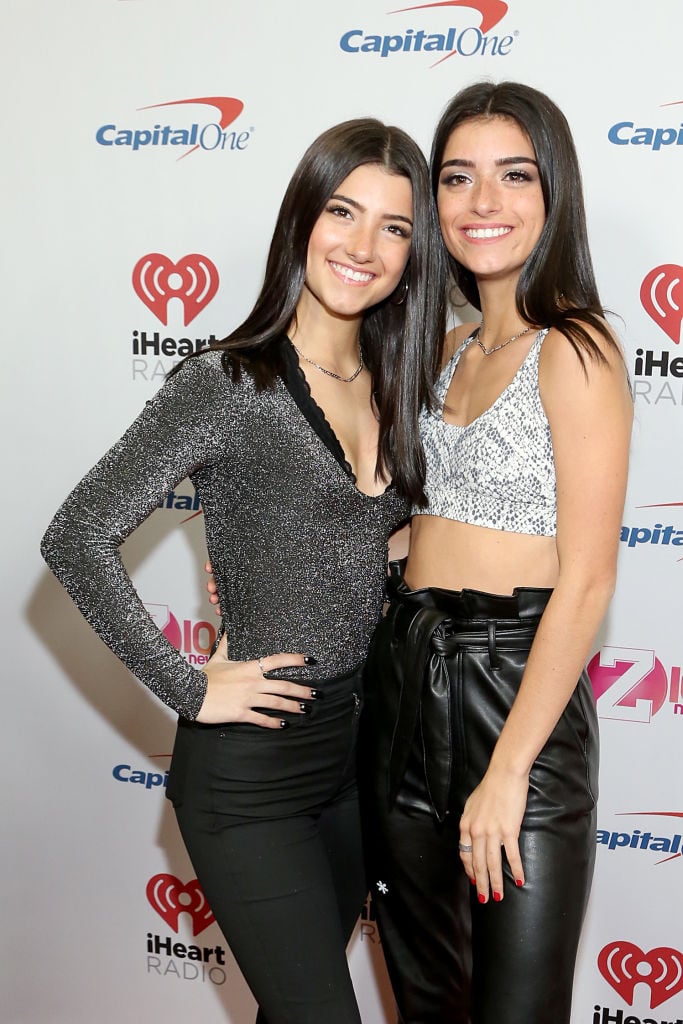 In March of 2020, D'Amelio supplanted Loren Gray as the most followed user on TikTok. Moreover, she became the first creator on the platform to amass 50 million followers. By November, D'Amelio became the first TikTok user to gain 100 million followers. Additionally, she appeared on both Forbes' 30 Under 30 list and Fortune's 40 Under 40 list, being the youngest person on the latter.

Due to her growing social media fame, D'Amelio began appearing in television specials and films. In 2020, she was on Nickelodeon's "#Kids Together: The Nickelodeon Town Hall" and ABC's "The Disney Family Singalong," and was part of the celebrity lineup on "Graduate Together: America Honors the High School Class of 2020." The same year, D'Amelio made her feature film debut in the animated children's film "StarDog and TurboCat," in which she starred as the character Tinker. On her family's YouTube vlog channel, she appears in the "Dinner with the D'Amelios" reality series. She also stars alongside her family on the Hulu docuseries "The D'Amelio Show."

Among her other endeavors, D'Amelio served as a brand ambassador for the clear braces company Invisalign, and partnered with Morphe Cosmetics to launch a makeup line called Morphe 2 with her sister Dixie D'Amelio. Also with her sister, she launched a nail polish collection called Coastal Craze, and co-created Hollister's Social Tourist apparel brand. Additionally, the D'Amelio sisters partnered with Simmons Bedding Company to design the Charlie & Dixie x Simmons Mattress.

D'Amelio's fame has come with its fair share of controversies. Although many have praised her TikTok presence for being authentic and relatable, others have criticized her for being cringe-worthy and unexceptional, an anonymous personality who blandly appeals to a mainstream commercial audience.

In December of 2020, D'Amelio faced a heightened level of controversy for vacationing in the Bahamas during the COVID pandemic, all while cases surged in Los Angeles. Just before this, she had publicly stated that it was "inconsiderate" to not stay home during the pandemic. During this time, D'Amelio was also accused of buying some of her TikTok followers.

D'Amelio has been public about the fact that she suffers from an eating disorder, and has also shared her experiences with body shaming. Due to the latter issue, she partnered with UNICEF for an anti-bullying campaign in 2020.

On the philanthropic side of things, D'Amelio has been vocal about her support of the Black Lives Matter movement, and spoke out against the murder of George Floyd on TikTok. She has also worked to help those with special needs, donating money to a fundraiser in 2019. In the spring of 2020, she donated $50,000 to Norwalk Hospital in her Connecticut hometown to help the institution obtain critical medical supplies during the COVID pandemic. Later in the year, she partnered with TikTok to donate $100,000 to the American Dance Movement, which offers access to dance education in the US. 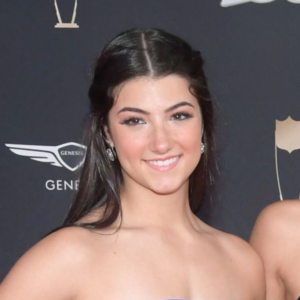