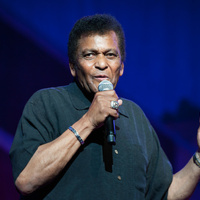 What was Charley Pride's Net Worth?

Charley Pride was an American country music singer, musician, and former baseball player who had a net worth of $40 million at the time of his death in December 2020. Charley was known as the first black country music super star. He was the second best-selling performer on RCA Records after Elvis for many years and one of very few African-American performers to find success in country music. In 1971 he won the Country Music Association's entertainer of the year award.

His hit songs included "Just Between You and Me," "I Can't Believe That You've Stopped Loving Me," "I'm Just Me," and "Kiss an Angel Good Mornin'." Before becoming a musician, Pride played professional baseball in the Negro and minor leagues.

Charley Pride died on December 12, 2020 at the age of 86 from COVID-19 complications. Several weeks earlier he received the Country Music Associations Lifetime Achievement Award. Critics would later point out that some people in attendance at the ceremony were not wearing masks and that Pride likely contracted COVID at the event.

Charley Pride was born on March 18, 1934 in Sledge, Mississippi as the fourth of eleven children of poor sharecropper parents. He had seven brothers and three sisters. One of his brothers, Mack, played baseball in the Negro leagues before becoming a minister. When Pride was 14, his mother bought him his first guitar, sparking his lifelong love of music.

Fulfilling his dream of playing professional baseball, Pride began pitching for the Negro American League's Memphis Red Sox in 1952. The year after that, he signed with the minor league Boise Yankees. Pride returned to the Negro leagues later that season to play with the Louisville Clippers, and then with the Birmingham Black Barons. After pitching for a number of other minor league teams, Pride was drafted into the US Army in 1956. He continued to play baseball while stationed at Fort Carson in Colorado. Following his discharge in 1958, Pride returned to his former team the Memphis Red Sox. In 1960, he briefly played for the Missoula Timberjacks.

Laid off by the Timberjacks, Pride moved to Helena, Montana to work in construction. There, he was recruited by the local semipro team the East Helena Smelterites, and began working with other players from the team at the local Asarco lead smelter. Pride soon began to demonstrate his signing prowess, with the team manager paying him to sing before each game.

While living in Montana, Pride performed at local venues both solo and with a four-piece band called the Night Hawks. Soon enough, thanks to the help of RCA Victor producer Chet Atkins, Pride landed a contract with the label. He released his first RCA Victor single, "The Snakes Crawl at Night," in 1966. This was followed by the single "Before I Met You." Neither song charted. Pride had his commercial breakthrough with his third single, "Just Between You and Me," which broke onto the country charts in 1967.

Due to the success of "Just Between You and Me," Pride was booked for his first major show at Olympia Stadium in Detroit. Not long after this, he performed at the Grand Ole Opry, becoming the first black artist to do so since DeFord Bailey in 1941. Pride continued his success as a recording artist with a string of hit songs between 1969 and 1971, including "All I Have to Offer You (Is Me)," "I Can't Believe That You've Stopped Loving Me," "I'd Rather Love You," "Wonder Could I Live There Anymore," and "I'm Just Me." Pride's biggest hit, "Kiss an Angel Good Mornin'," came out in 1971. The same year, he sang the Oscar-nominated song "All His Children" from the film "Sometimes a Great Notion." 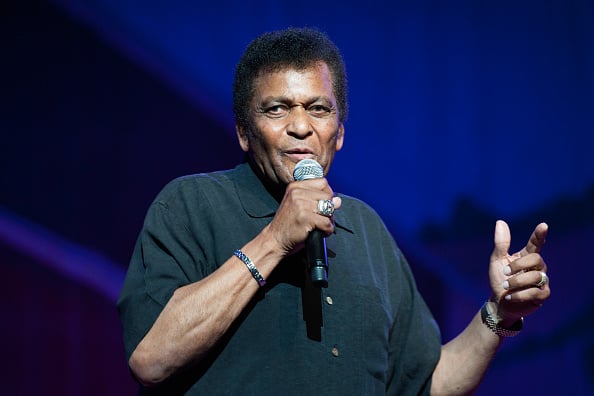 Pride continued to have numerous hit songs on the country charts throughout the 70s and into the 80s. Among them were "Mississippi Cotton Picking Delta Town"; "Burgers and Fries"; "I Don't Think She's in Love Anymore"; "Never Been So Loved (In All My Life)"; and "You're So Good When You're Bad." Pride went on to become popular in the UK when he embarked on a 40-date tour there in 1975. Notably, he emerged as something of a hero amid the Troubles in Northern Ireland, with parties on both sides of the conflict viewing his song "Crystal Chandeliers" as a call to unity.

While playing baseball in Memphis, Pride met Rozene; the pair eventually got married in 1956. Together, they had two sons named Dion and Kraig and a daughter named Angela. The family resided in Montana before moving to Texas in 1969. In the late 70s, Pride carried out an extramarital affair with a flight attendant, with whom he had a son named Tyler.