Chante Moore net worth: Chante Moore is an American R&B singer and reality television star who has a net worth of $1.5 million. Chante Moore was born on February 17, 1967 in San Francisco, California. Her father was a minister at their local church, and her father's church is also where Chante would first learn to sing. During high school, Chante modeled in beauty pageants while working to make singing her full time career. At the age of 22, she was finally discovered by an executive from MCA Records. Chante's debut 1992 album "Precious" went gold and reached the top 20 on US gospel charts. She would eventually go on to release seven more solo albums and two compilations. Chante has also released more than 15 singles. She has won an NAACP Image Award, an American Music Award and a Soul Train Music Award.

In 1996 Chante had a child with "A Different World" actor Kadeem Hardison. They were married a year later and stayed together until their divorce in 2000. In 2002, Chante married fellow R&B singer Kenny Lattimore. Kenny and Chante have recorded and released several songs together. They divorced in 2011. In July 2013, Chante Moore began appearing on the reality show "R&B Divas: LA". 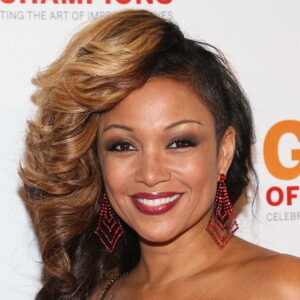