Chaka Khan net worth: Chaka Khan is an American singer-songwriter who has a net worth of $30 million. Chaka Khan is frequently referred to as the "Queen of Funk-Soul". Khan is a 10-time Grammy Award winner whose career has spanned over four decades.

Early Life: She was born Yvette Marie Stevens on March 23, 1953.  She was raised in an artistic, bohemian household in Chicago, Illinois. She is the eldest of five children born to beatniks Charles Stevens and Sandra Coleman. Khan was a fan of rhythm and blues music early on in her life and at age eleven she formed a girl group, The Crystalettes. As a teen, Khan attended several civil rights rallies and joined the Black Panther Party after befriending activist and fellow Chicago native Fred Hampton in 1967. She was given the name Chaka Adunne Aduffe Hodarhi Karifi at age 13 by a Yoruba Baba. In 1969, Khan left the Black Panthers and dropped out of high school. She started performing in small groups around the Chicago area.

Music Career: She first shined on to the music scene in the 1970s as the frontwoman and focal point of the band Rufus, which were recognized for their strong R&B and funk sound. The group caught the attention of Ike Turner, who flew them out to L.A. to record at his music studio. Turner wished for Khan to become an Ikette and work with him, but she declined.  In 1973, the group released their first self-titled album that included hits like "Whoever's Thrilling You" and "Feel Good." Their next album, "Rags to Rufus," was released one year later becoming a smash both commercially and critically. The same year, Stevie Wonder wrote the hit, "Tell Me Something Good" for them, which sold more than a million copies. Subsequently, Rufus scored a Grammy Award for Best R&B Vocal Performance by a Duo, Group or Chorus for the song in 1974. The rest of the decade, they continued enjoying success with no less than eight platinum albums. The band gained popularity as a live performing act and Khan was the star attraction, thanks to her colorful stage attire and powerful vocals.

But in spite of their prosperity, Khan decided to leave the band and went solo in 1978. Chaka's first solo album became a global hit with the disco hit single "I'm Every Woman," which scored a number one spot and eventually becoming Khan's signature song. The song helped the album go platinum and sold over a million copies. Khan featured on Quincy Jones's 1978 hit "Stuff Like That."

The following year, Khan reunited with Rufus on the hit "Do You Love What You Feel," which Khan sang with Tony Maiden. Khan released her second solo album, "Naughty" in 1980 and the album spawned the hits "Clouds" and "Papillon." Khan released two albums in 1981, one with Rufus and one solo album "What Cha Gunna Do for Me," which went gold. Two more solo albums were released the following year by Khan, and the jazz hit "Be Bop Medley" won Khan a Grammy.

In 1984, Khan released her sixth studio album, "I Feel for You." The title track was the first single released and was originally written and recorded by Prince in 1979. It became a million-selling smash hit in the U.S. and the U.K and helped launch Khan into a household name. It topped the US R&B charts and remained on the chart for 26 weeks. It netted Prince the 1985 Grammy Award for Best R&B Song. Other singles off the album that helped it go platinum included "This is My Night" and "Through the Fire." In 1986, Khan was featured on Steve Winwood's 1986 number 1 hit "Higher Love." Khan developed a strong U.K. fan base when she remixed "Life is a Dance", which topped the top ten on the British albums chart. As a result, she began to perform extensively in the U.K. 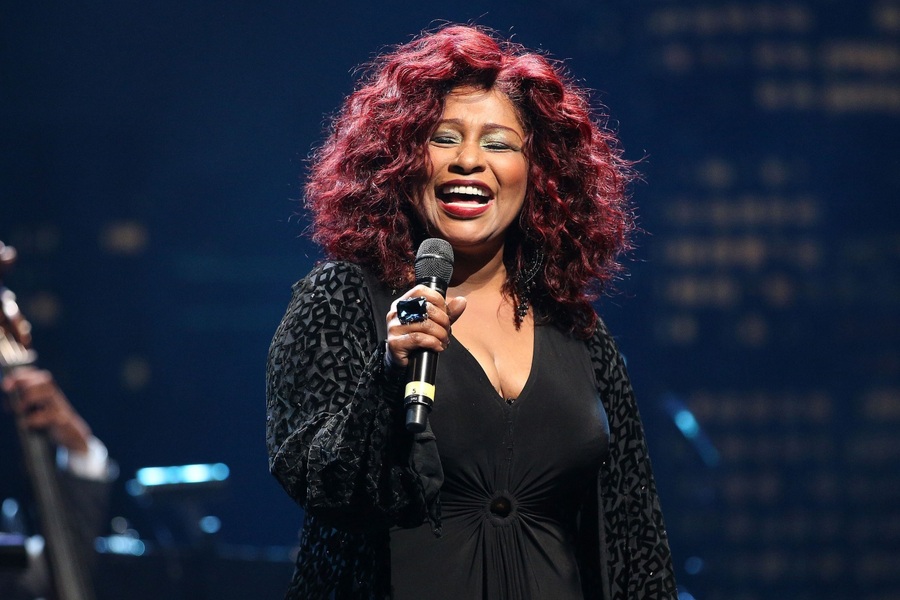 However, Khan's popularity of the mid-1980s was quickly followed by a period of decline throughout the 1990s. In 1998, she signed with Prince's NPG Records and issued "Come 2 My House" and later went on a tour with Prince as a co-headlining act.

In 2007, Khan made a comeback as an older, wiser but no less soulful singer with the Grammy-winning album "Funk This." The album featured the hits "Angel" and a duet with Mary J Blige "Disrespectful." The track went on to number 1 on the U.S. dance singles chart and won the singers a Grammy. "Funk This" won a Grammy for Best R&B Album. The album was also notable for a cover of Prince's "Sign o' the Times." Since, she has reignited her career and re-confirmed her status as one of the most extraordinary and enduring voices in the history of soul. In 2008, Khan participated in the Broadway adaptation of "The Color Purple." It wasn't until 2019 that she followed up "Funk This" with her 13th solo album, "Hello Happiness."

Personal Life: Khan was married to Hassan Khan in 1970, when she was 17. The marriage ended in divorce a short time later. Khan has a daughter, Indira Millini with Rahsaan Morris. Khan married Richard Holland in 1976. They have a son together, Damien Holland. Richard filed for divorce in 1980. Khan dated a Chicago schoolteacher in the mid '80 at the height of her solo stardom. After their breakup, Khan moved to London and later lived in Germany.

Khan has struggled with drug abuse and alcoholism in the past, but she ended her drug use in the early '90s.

In 2006, her son Damien was accused of murder after 17-year-old Christopher Bailey was shot dead. Khan testified on her son's behalf, and Holland claimed the shooting to be an accident. He was acquitted in the criminal trial. 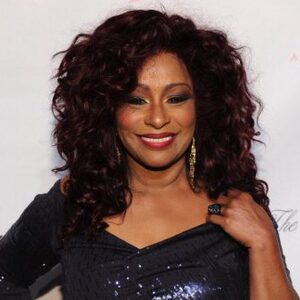