Chad Michaels was born in San Diego, California in March 1971. He first appeared on an episode of the television series MADtv in 2002 as a Cher impersonator. Michaels starred as Cher in the 2011 film Bamboo Shark. He also appeared as Cher in episodes of the TV series Kath & Kim, Jane the Virgin, 2 Broke Girls, The Ellen Show, and AJ and the Queen. Chad Michaels has also appeared in episodes of the TV series E! True Hollywood Story: Cher, Women's Murder Club, Top Gear, RuPaul's Drag U, and more. He was the runner-up for season four of RuPaul's Drag Race and won season one of RuPaul's Drag Race; All Stars. Michaels appeared in music videos for Cher and RuPaul. 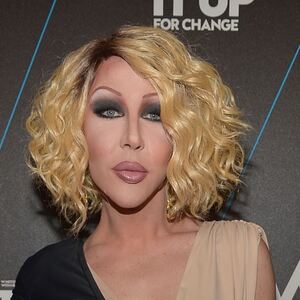