CeCe Winans Net Worth: CeCe Winans is an American gospel singer who has a net worth of $8 million dollars. CeCe Winans was born Priscilla Marie Winans in Detroit, Michigan, in 1964. She is one of the top-selling female gospel singers of all time. Her career began with her debut album, "Alone in His Presence", in 1995, which has since gone platinum.

Winans won a Grammy Award for the album. Her follow-up effort, "Everlasting Love", came out three years later and was certified gold. One year later, Winans developed her own recording company and used it to release her 1999 album "PureSprings Gospel". After a hiatus from the studio, Winans returned with 2003's "Throne Room". Between 1995 and 2010, Winans has released ten albums; the only other to go platinum in the U.S. was 2008's "Thy Kingdom Come", which sold more than one million copies domestically. She appeared on several TV shows, including "Touched by an Angel", "Living Single", "7th Heaven", "CeCe's Place", and "Martin". Winans is a ten-time Grammy Award winner who has been nominated more than 20 times. She lives in Forest Hills, Tennessee, just outside Nashville, with her husband, Alvin Love, and their two children. Her family has appeared in several music videos. Winans performed at her good friend Whitney Houston's funeral in 2012. She is the author of three books, including "Always Sisters: Becoming the Princess You Were Created to Be" and "On A Positive Note". 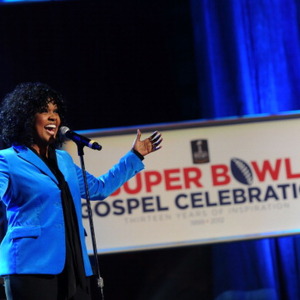