Cece Peniston net worth: Cece Peniston is an American recording artist and former beauty queen who has a net worth of $5 million. Cece Peniston was born in Dayton, Ohio in September 1969. She became one of the most successful dance club artists in history during the early 1990s and had five #1 hits on the U.S. Billboard Hot Dance Music/Club Play chart within three years.

She is best known for her single "Finally" which is one of the biggest dance singles of all time and has sold over three million copies across the world. Peniston has performed for Aretha Franklin's private birthday party and for Pope John Paul II and President Bill Clinton. Her debut studio album Finally was released in 1992 on A&M Records and reached #13 on the US R&B Chart. Peniston went on to release the albums Thought 'Ya Knew in 1994 and I'm Movin' On in 1996. In 1995 she released the album Good News in Hard Times as part of the group The Sisters of Glory. Peniston has also had #1 dance hits with the singles "We Got a Love Thang", "Keep On Walkin", "I'm in the Mood", and "Hit by Love". 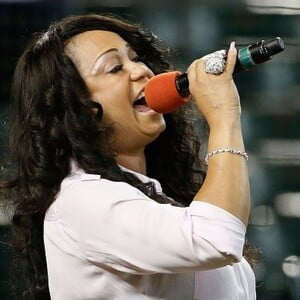