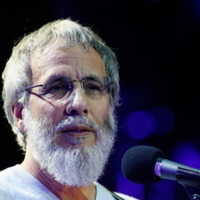 What is Cat Stevens' Net Worth?

Cat Stevens is a British singer-songwriter and musician who has a net worth of $10 million. After converting to Islam, he started going by the name Yusuf. Over the course of his career, Stevens has covered a wide range of different musical genres, including folk, pop, rock, and traditional Islamic music.

He reached critical acclaim and widespread popularity in the late 60s and throughout the 70s when he was just starting his music journey. His conversion to Islam resulted in him abandoning his musical career, although he returned in the 2000s. Stevens has won a number of awards and honors over the course of his career, and he was inducted into the Rock and Roll Hall of Fame in 2014.

Steven Demetre Georgiou was born on July 21st of 1948 in London, England. He was raised by parents who ran a restaurant near Piccadilly Circus, and he worked at this restaurant alongside his two siblings. Although his parents divorced when Steven was 8, they continued to run the restaurant as a family.

He quickly became interested in music and taught himself chords on the family piano. During his teen years, he became interested in learning how to play the guitar after the success of the Beatles. After his father bought him a guitar, he started writing his own songs. He was particularly influenced by the sounds of musical plays near his house, as he lived near the Soho theatre district.

Steven spent time living in Sweden with his mother, where he learned how to draw while attending primary school. Upon returning to England, he continued to excel in the arts but received poor grades in other subjects.

After graduating, he initially considered a career as a cartoonist before gravitating towards music. Although he started performing under the stage name "Steve Adams," Georgiou was strictly interested in becoming a songwriter at first. That being said, he still recorded several demos during this early period, including "The First Cut is the Deepest."

After adopting the stage name "Cat Stevens," Georgiou embarked on a solo career. At age 18, he recorded the hit single "Matthew and Son," which elevated him to widespread fame. He then released another single, "I'm Gonna Get Me a Gun" and his debut album, "Matthew and Son." Years later, he followed up with another successful hit single, "The First Cut Is the Deepest."

After a tuberculosis health scare and a change in management, Stevens reached the peak of his fame during the 70s. During this period, he focused on creating folk music and released the internationally popular album "Tea for the Tillerman." Now that he was known around the globe, the next few albums during the 70s were incredibly successful in several countries, including the States. Many of the songs he recorded during this era would be featured in the soundtracks of various movies over the next few decades. This period of success ended when Stevens converted to Islam.

After a long hiatus, Cat Stevens returned to the music industry as Yusuf Islam during the 90s. His music now focused on Muslim themes and contained only percussion instruments. As the years went by, he gradually started to integrate more instruments into his music, including the guitar. He spent the latter portion of the 2010s touring extensively to promote his new music before releasing his fifteenth studio album, "The Laughing Apple," in 2017. 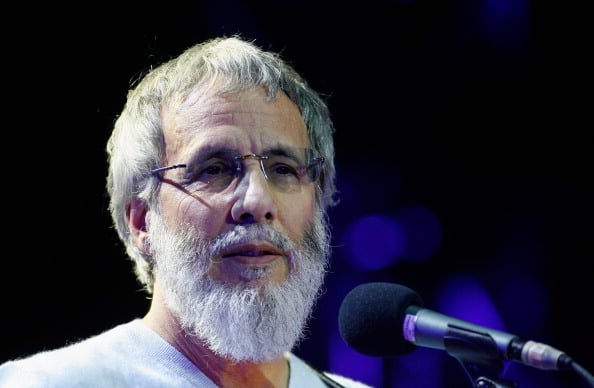 Cat Stevens first became acquainted with Islam during a trip to Morrocco, where he heard the call to prayer. He then had a near-death experience when he almost drowned, and he allegedly called out for God to save him before being carried to shore by an errant wave. After his brother gave him a copy of the Qur'an for his birthday, Stevens began to study Islam in depth.

He officially converted to Islam in 1977 and adopted the name Yusuf Islam. He chose the name Yusuf because it is the Islamic rendition of Joseph, a biblical figure (who also appeared in the Qur'an) that he had always identified with. At this point, Stevens also abandoned his musical career. This was due to a number of individuals within the religion who stated that a career as a pop musician was unacceptable for a Muslim.

Although Cat Stevens was once briefly engaged to Louise Wightman, an exotic dancer, he married Fauzia Mubarak Ali shortly after converting to Islam. Their wedding took place in 1979 at Regent's Park Mosque in 1979. They went on to have five children together, who in turn bore them nine grandchildren. Ali and Islam currently live in London.

In 1989, Yusuf was asked by students about Salman Rushdie and his controversial book (especially among Muslims) "The Satanic Verses." Yusuf appeared to agree with the point of view of many Muslims: that Salman Rushdie needed to be killed. His exact words were "He must die. The Qur'an makes it clear – if someone defames the prophet, then he must die." He later spoke about burning Rushdie alive on Australian television. In the years that followed, Yusuf backtracked – first claiming it was all a joke and then completely denying he ever made the comments altogether.

In 2004, Yusuf was denied entry into the United States. Homeland Security released a statement suggesting there were concerns that he was connected to terrorist-related activities in some way. This was due to allegations that Yusuf had funded Hamas in the past. He denied ever doing so knowingly, and he was added to a watch list by the Department of Homeland Security. In 2006, he was admitted into the United States without incident.

In 2007, it was revealed that Yusuf Islam earns over $1.5 million per year from royalties alone, even though he had largely abandoned his musical career. This was due to residual income from royalties and other dividends from his earlier success as a musician. When he revealed this information, Yusuf also stated that he would use the majority of his wealth for philanthropic purposes in the future.