Cassie Scerbo Net Worth: Cassie Scerbo is an American actress, dancer, and singer who has a net worth of $1.5 million. Cassie Scerbo was born in Long Island, New York in March 1990. She became a member of the girl group Slumber Party Girls. The group hosted the TV series Dance Revolution.

Their debut album Dance Revolution was released in 2006. She signed as a solo artist with Geffen Records and released three songs on iTunes. Scerbo's first film appearance came in 2005 in Hitters Anonymous. She starred with the Slumber Girls in Dance Revolution from 2006 to 2007. From 2009 to 2012 Cassie starred as Lauren Tanner in the TV series Make It or Break It. Since 2012 she has also starred as Heidi Weinerman on the series Randy Cunningham: 9th Grade Ninja. She has starred in the movies Bring It On: In It to Win It, Soccer Mom, Not Another Teen Movie, Teen Spirit, A Holiday Heist, Music High, Isolated, Not Today, Sharknado, and Bearing Sea Beast. Scerbo has also appeared in episodes of CSI: Miami, Hot in Cleveland, and Baby Daddy. Scerbo was nominated for a 2014 People's Choice Award for Sharknado. Cassie and Wilmer Valderrama are the god-parents of Tiffany Thornton and Christopher Carney's son Kenneth Carney. 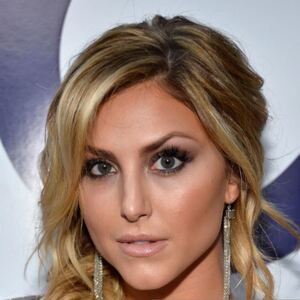