Cassie Net Worth: Cassie is an American musician, actress, and model who has a net worth of $8 million dollars. She became famous after releasing a self-titled debut album in 2006, which sold more than 300,000 copies domestically. One single off the record, "Me & U", climbed to number three on the Billboard charts.

Early Life: Cassie was born on August 26, 1986 in New London, Connecticut and was given the name Casandra Elizabeth Ventura. Her mother was of West Indian, Mexican, and African-American descent while her father was Filipino. She attended the Williams School, a preparatory school, and graduated in 2004.

When she was 14, Cassie began modeling for local stores and eventually began booking shoots for national brands like Delia's and in magazines like "Seventeen." She also took voice lessons and started dancing within her high school's performing arts program. After graduating from high school, Cassie moved to New York City and continued taking dance classes at the Broadway Dance Center in addition to modeling.

Career: Artist and producer Ryan Leslie began collaborating with Cassie when she first moved to New York City after frequently seeing her at clubs and parties. They decided to record a duet, "Kiss Me," and then played it for a music executive named Tommy Mottola. Mottola offered Cassie a management deal and Leslie signed her to his music-media company. Leslie then wrote and produced "Me & U," Cassie's first single, which went on to become a huge hit both in the United States and Germany. The single also won in the "Most Performed Songs" category at the ASCAP Pop Music Awards in 2007 and Cassie herself was nominated in the "International Revelation of the Year" at the 2007 NRJ Music Awards.

After hearing "Me & U" in a club, artist Diddy decided to collaborate with Cassie and Leslie by releasing her upcoming debut album on his label, Bad Boy Records. The album, "Cassie," was released in August of 2006. Though the album was generally well-received, thanks in large part to the success of "Me & U," its first single, Cassie underperformed during a couple of promotional events surrounding the release of the album, leading some to question her ability.

Diddy however remained firmly committed to her success and Cassie began working on her second album, this time with a number of other producers in addition to Leslie, like Kanye West and Pharrell Williams. The album however was delayed in release, as Cassie announced that she really wanted to release something that would be respected. She did release three singles from the album, "Official Girl," "Must Be Love," and "Let's Get Crazy" in 2008 and 2009 but none of them made the United States music charts. 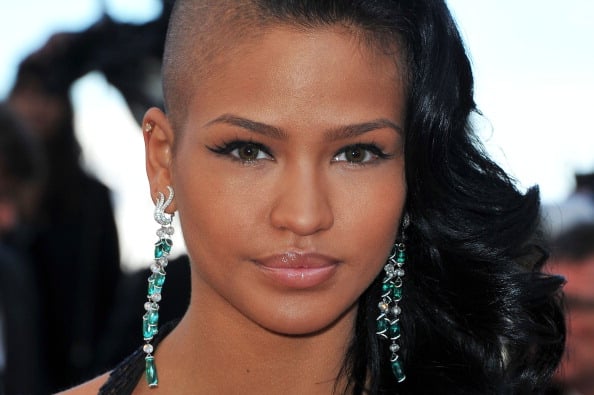 While continuing to record for her album, she was involved in a number of other projects. She made her acting debut in "Step Up 2: The Streets" as the character of Sophie Donovan. She also sang the lead single, "Is It You," for the film, which charted in both the United States and Canada. She also appeared in a number of music videos and collaborated on songs with other artists. In Wiz Khalifa's "Roll Up" music video, Cassie played the love interest. She also sang on Nicki Minaj's 2012 track, "The Boys."

In 2012, Cassie released two more singles – "King of Hearts" and "Balcony." "The music video for "King of Hearts" won the "Best R&B Video" at the 2012 MVPA Awards. She also announced that while working on her album, she had been recording a mixtape entitled "RockaByeBaby" which she released in April of 2013. The mixtape received favorable reviews and was dubbed the best mixtape of the year by "Dazed," a British magazine. It featured collaborations with Rick Ross and Wiz Khalifa. In 2013, Cassie also signed a contract to be the face of Forever 21's summer 2013 collection.

Cassie returned to the big screen in 2016 in the film "The Perfect Match, " playing love interest Eva. She also had a role in the film "Honey 3: Dare to Dance" in 2016. She released two more singles  in 2017, "Love a Loser" featuring rapper G-Eazy and "Don't Play It Safe." She also won "Beauty Bombshell of the Year" at the 2017 Toyota Bold Awards.

After departing from Bad Boy Records following her break-up with Diddy, Cassie continued working on her long-awaited second album with a number of new producers. She released several new singles during the summer of 2019. In 2020, she was cast as the role of Elise in the film "Spenser Confidential."

In addition to being known for her voice, Cassie has also been recognized for her style, citing Kate Moss as a major influence. She often opts for edgier looks that are simultaneously feminine and sophisticated while also being punk.

Personal Life: Cassie started dating Diddy in 2007 and the two remained in a relationships until 2018 when they broke up.

Cassie then started dating Alex Fine, a bull-rider and fitness trainer, in 2018. They announced in June of 2019 that they were expecting their first child together. A couple of months later in August, they announced that they were engaged. In September, sources reported that the couple had wed privately which was later confirmed with Fine posted the wedding video to his Instagram account. In October of 2019, "Vogue" magazine posted the couple's official wedding photos to their website. The couple's first daughter, Frankie Stone, was born on December 6, 2019. They announced in December of 2020 that they were expecting second child, another daughter, who was born in March of 2021 and named Sunny Cinco. 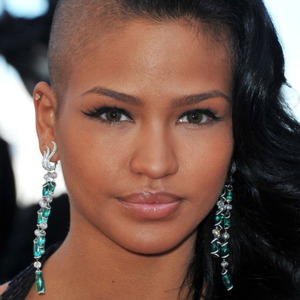