Cassadee Pope net worth: Cassadee Pope is a famous American singer, composer who has a net worth of $4 million. She is probably most famous for being the lead singer of "Hey Monday", a pop rock music band. Pope, was born on August 28, 1989 in Florida, US and her full name is Cassadee Blake Pope.

She launched her career as a musician when she studied at school. She started her school with St. Ann School Jazz Band. Later she joined another band school called Blake. Pope got popularity in 2008 with Hey Monday band. She and her friend named Gentile both hold auditions for searching band members from other bands in Florida. After long search they found Alex Lipshaw, Michael, Jersey, Moriarty, and Elliot James and they together established a pop rock band named Hey Monday. The demo of Hey Monday attracted to Pete Wentz who signed with them for music performances. Besides, Wentz shared them with Columbia Records who also took interest from this newly band. Hey Monday was their first album and it is revealed on October in 2008. Hey Monday made their first solo acoustic tour in the beginning of 2012 named East and West Coasts tour. Pope released her first self-titled album on 22th May, 2012. This album was made with only four songs such as 'Original Love', 'I Guess We're Cool', 'Secondhand', as well as 'Told You So'. Besides vocalist of this album she was also composer of these songs. Over You, is one of the most popular song of Pope which was composed by Pope and Mentor Shelton. Mentor Shelton is an older brother of Pope. Pope dedicated this song to her grandfather whom she lost in her young age and she was so closed with her. This song was became number one on the iTunes chart, cracking PSY's Gangnam Style. Stupid Boy is another popular song of Pope which was also became top one on iTunes. 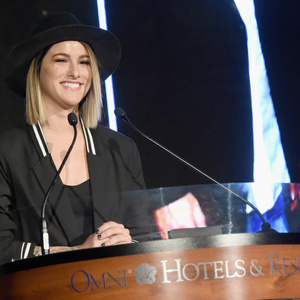