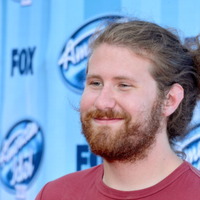 Casey Abrams net worth: Casey Abrams is an American musician who has a net worth of $100 thousand dollars. Born in Austin, Texas, Casey Abrams spent his childhood in Chicago, Illinois, and then moved to California during middle school. He attended Idyllwild Arts Academy where he majored in music, and then went on to attend the University of Colorado at Boulder. He graduated from UC-Boulder with a degree in Music. He auditioned for the tenth season of "American Idol" in 2011, and made it to the Top 6, before being eliminated. He later returned to the show to sing a duet during the finale with Jack Black. Since his time on "American Idol", he has performed on multiple talk shows, including "The Tonight Show with Jay Leno", "The Ellen DeGeneres Show", and "Live with Regis and Kelly". His debut album was released in June of 2012, and spawned a Top 40 single.