Cascada Net Worth: Cascada is a German-British dance music act co-founded in 2004 by singer Natalie Horler who has a net worth of $7 million dollars. Cascada was born Natalie Horler on September 23, 1981 in Bonn, West Germany to English parents who moved to West Germany in 1980 where as a child, Cascada began singing jazz songs as well as songs from Disney movies.

Cascada r began her musical career by singing in bars and casinos. When she was 18, she began working with different DJs and recorded a number of tracks in a studio. This is how she met future band members DJ Manian and DJ Yanou. Her most notable song of her pre-Cascada era is "Piece Of Heaven" as Akira. Horler also appeared on the German adaptation of "Star Search" in 2004. That same year she formed the group Cascada with DJ Manian. In February 2006, Cascada's 14-track album "Everytime We Touch" was released in the United States. Her most successful song in the U.S remains the band's U.S. debut single "Everytime We Touch". It was a worldwide hit, peaking at #10 on the US Hot 100. In addition, it peaked at #2 in the UK Charts, #1 in Israel for 2 weeks and #1 in Ireland for an impressive 6 weeks. The success of the album gained them a World Music Award, winning them World's Best Selling German Artist in 2007. Other well-known Cascada songs include "Bad Boy", "Miracle", "Evacuate the Dancefloor", and covers such as "Truly Madly Deeply" and "What Hurts The Most". She has also released albums including Perfect Day and Original Me. 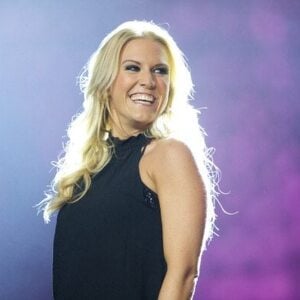