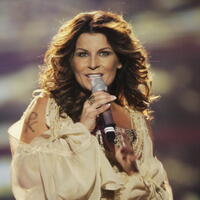 Carola Häggkvist net worth: Carola Häggkvist is a Swedish singer and songwriter who has a net worth of $50 million. Carola Häggkvist was born in Stockholm, Sweden in September 1966. She has been one of the most popular performers in Sweden since the 1980s and her styles include pop, gospel, disco, and folk. Carola Häggkvist has released albums in several languages including Swedish, England, Dutch, Japanese, Norwegian, and German. She released her debut studio album Framling in 1983 which reached #1 in Sweden and #2 in Norway. She released the album Julefrid med Carola in 1993 and her album Steg for steg was released in 1984 and reached #1 in Sweden and Finland and #2 in Norway and Denmark. Carola Häggkvist released the albums Pa egna ben in 1984, Happy Days in 1985, Runaway in 1986, Much More in 1990, Carola Hits in 1991, Jul in 1991, My Tribute in 1993, Personligt in 1994, Carola Hits 2 in 1996, 9Det basta av Carola in 1987, and Blot ten dag in 1998. She released several more albums with Jul I Betlehem and Sov pa min arm in 1999, Guld, platina & passion in 2003, Storst av alit in 2005, Fran nu till evighet in 2006, Jul I Betlehem II in 2007, and Elvis, Barbra & jag in 2011 all reaching #1 in Sweden.