What Is Carnie Wilson Net Worth?

Carnie Wilson was born on April 29, 1968, in Bel Air, California. She is the daughter of Brian Wilson and Marilyn Rovell. Brian co-founded The Beach Boys, and Marilyn was a member of the girl group The Honeys. Carnie and her younger sister Wendy formed Wilson Phillips with their friend Chynna Phillips (daughter of John and Michelle Phillips of The Mamas & the Papas) during their teenage years.

Wilson Phillips released their self-titled debut album on May 8, 1990, and it went 5x Platinum in the U.S. and 7× Platinum in Canada. The album reached #2 on the "Billboard" 200 chart and #1 on the Canadian music chart, and it featured the singles "Hold On," "Release Me," and "Impulsive." "Hold On" and "Release Me" both topped the "Billboard" Hot 100 and Adult Contemporary charts as well as the Canadian Adult Contemporary chart. The band's follow-up, 1992's "Shadows and Light," went Platinum in the U.S. and 2x Platinum in Canada, and the single "You're in Love" reached #1 on the "Billboard" Hot 100 and on the Adult Contemporary charts in the U.S. and Canada. Wilson Phillips disbanded in 1993, but they later reunited for the 2004 Gold album "California," the 2010 holiday album "Christmas in Harmony," and the 2012 album "Dedicated." They also starred on the 2012 "TV Guide" Network series "Wilson Phillips: Still Holding On." Carnie and Wendy released the holiday album "Hey Santa!" in 1993, and they teamed up with their father for the 1997 album "The Wilsons." Carnie has released the solo albums "A Mother's Gift: Lullabies from the Heart" (2006) and "Christmas with Carnie" (2007).

Wilson hosted her own syndicated talk show, "Carnie!," from 1995 to 1996. In 2003, she appeared on "Hollywood Squares" several times as well as the documentary "Mayor of the Sunset Strip," and in 2008, she joined the cast of CMT's "Gone Country" and "Outsider's Inn" and VH1's "Celebracadabra." Carnie hosted "The Newlywed Game" on GSN from 2009 to 2010, and in 2010, she also starred in the reality show "Carnie Wilson: Unstapled," on the network. She served as a judge on ABC's "Karaoke Battle USA" in 2011, and she appeared on "Celebrity Wife Swap" in 2012, trading places with former "Growing Pains" star Tracey Gold. Wilson competed on the Food Network's "Rachael vs. Guy: Celebrity Cook-Off" (2013) and "Chopped: All Stars: Celebrities" (2014), finishing second on both; on "Rachael vs. Guy: Celebrity Cook-Off," she won $10,000 for the Autism Research Institute. She has filled in as a guest host on the CBS series "The Talk" numerous times, and she competed on "Celebrity Apprentice" in 2017. 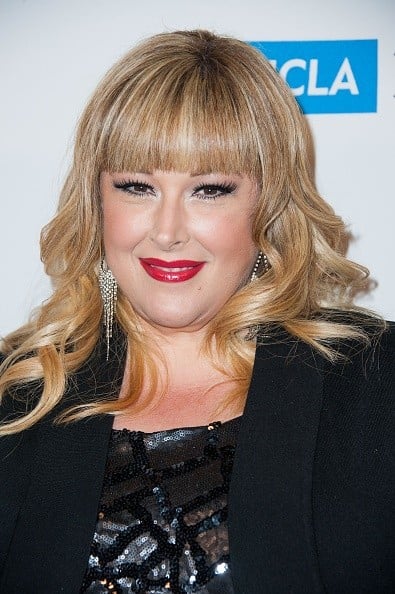 Carnie married musician/music producer Robert Bonfiglio on June 23, 2000, and they welcomed daughter Lola on April 22, 2005, followed by daughter Luciana on June 12, 2009. While pregnant with Luciana, Wilson developed gestational diabetes during her third trimester, and after undergoing a C-section to deliver her daughter, Carnie contracted an infection in her womb. Wilson has struggled with obesity throughout her life, and she underwent gastric bypass surgery in 1999.  As a result of the surgery, she lost 150 pounds, and she posed nude for "Playboy" in 2003. After gaining some of the weight back, Carnie joined the cast of the VH1 reality series "Celebrity Fit Club" in 2006 and lost 22 pounds. In 2012, she underwent lap-band surgery, and in 2013, she revealed that she had Bell's Palsy on the left side of her face. In 2017, Wilson and her childhood friend/business partner Tiffany Miller opened the bakery Love Bites by Carnie in Sherwood, Oregon. 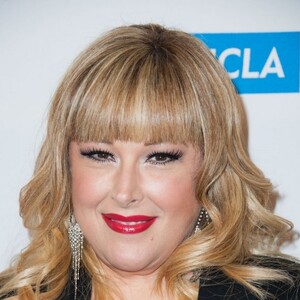