Carlos Pena, Jr., was born in Columbia, Missouri and grew up in Weston, Florida. He began performing in musicals while in school, appearing in productions of "Grease", "Man of La Mancha", and "Titanic", and subsequently decided to focus on an acting career. He began his professional on-camera career with a guest-starring role on "E.R.". From there, he went on to guest starring and recurring roles on such shows as "Ned's Declassified School Survival Guide", "Judging Amy", and "Summerland", as well as appearing in multiple commercials. While attending Boston Conservatory, his manager suggested he audition for a new kid's show. In 2009, he was cast in the role that would bring him the most recognition, as Carlos Garcia on Nickelodeon's "Big Time Rush".

In 2014 Carlos married actress, Alexa Vega. After marrying, they both changed their last names to "PenaVega" They have two children and live in Maui. 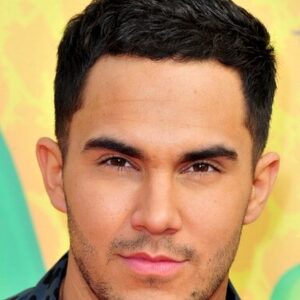