Carlene Carter net worth: Carlene Carter is an American country singer and songwriter who has a net worth of $10 million. Carlene Carter was born in Gallatin, Tennessee in September 1955. She is the daughter of June Carter and her first husband Carl Smith. Carter plays guitar and her musical styles include country and Americana. She released her self-title debut studio album in 1978 and the albums Two Sides to Every Woman in 1979, Musical Shapes in 1980, Blue Nun in 1981, and C'est C Bon in 1983. Carter's album I Fell in Love was released in 1990 and reached #19 on the US Country chart. Her album Little Love Letters was released in 1993 and reached #2 on the Canadian Country chart. Carlene Carter has also released the albums Little Acts of Treason in 1995, Stronger in 2008, Carter Girl in 2014, and Sad Clowns & Hillbillies (with John Mellencamp) in 2017 which reached #11 on the Billboard 200 chart. Her singles "I Fell in Love", "Come On Back", and "Every Little Thing" all reached the Top 3 on the US and Canadian Country charts. Carlene Carter has been married four times including to Nick Lowe. 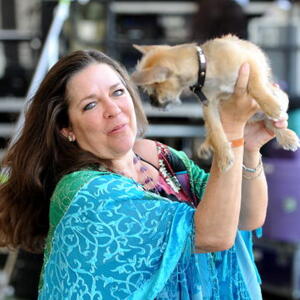