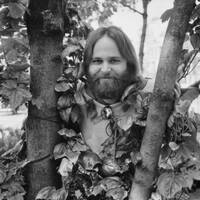 Carl Wilson Net Worth: Carl Wilson was an American singer, musician, and composer who had a net worth of $20 million at the time of his death in 1998. Carl Dean Wilson was born in Hawthorne, California in December 1946 and passed away in February 1998. Carl was best known as the lead guitar player, occasional lead vocalist, and founding member of The Beach Boys. He was the younger brother of Beach Boys Brian and Dennis Wilson, as well as the cousin of Mike Love. Carl turned 15 when the band's first hit "Surfin" became popular. His father and band manager Murry Wilson bought him a Fender Jaguar guitar. In addition to playing lead guitar for The Beach Boys, Carl Wilson sang lead vocals on tracks like "Summertime Blues", "Louie, Louie", "All Dressed Up for School", "God Only Knows", "Good Vibrations", "Darlin'", "Wild Honey", "Girl Don't Tell Me", and "Pom Pom Play Girl". When Brian Wilson retired from touring in 1965 Carl became the band leader onstage. Carl also produced albums for Dean Martin's son Ricci Martin, and The Flame. He provided backing vocals for Chicago, Elton John, and David Lee Roth. Carl released a self-titled solo album in 1981 and Youngblood in 1983. He was inducted into the Rock and Roll Hall of Fame as a member of The Beach Boys in 1988. Carl was diagnosed with lung cancer in 1997. He underwent chemotherapy treatment but continued to perform. Carl Wilson passed away on February 6, 1998 at age 51 from cancer.