Capleton Net Worth: Capleton is a Jamaican reggae and dancehall artist who has a net worth of $100 thousand. Often referred to as King David, King Shango, The Fireman and even The Prophet, he is best known for expressing his Rastafarian views in his songs. Born Clifton George Bailey III on April 13 1967 in Saint Mary, Jamaica, he recognized music as his true calling at the age of 18 when he left St.

Mary for Kingston to work on his career as a dancehall deejay. In 1989, he made his international breakthrough with his stage appearance in Canada together with Ninjaman and Flourgan. Next, he recorded two hit songs, "Alms House" and "Music is a Mission", which came as predecessors to his subsequent increasingly conscious tunes like "Prophet" and "Cold Blooded Murderer". He continued to cement his place in dancehall music with a dozens of hit songs recorded and twenty-something albums released to date. 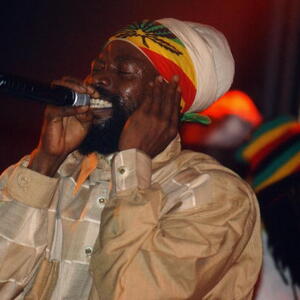