Candy Dulfer net worth: Candy Dulfer is a Dutch jazz saxophonist who has a net worth of $10 million dollars. Born in Amsterdam, The Netherlands, Candy Dulfer began playing the drums when she was in kindergarten. A year later she began playing soprano sax, and then switched to also saxophone when she was seven. After performing with a local youth group, she began playing with her father's band, De Perikels. She began recording with the band when she was eleven. At age 12, she was invited to play as part of the Ladies Horn Section at the North Sea Jazz Festival. She started her own band, called Funky Stuff, when she was 14. The band toured Europe and opened for Madonna. She went on to perform and work with such artists as Prince, Van Morrison, the Eurythmics, and Pink Floyd. Her debut album was nominated for a Grammy Award. To date, she has released 14 studio albums. 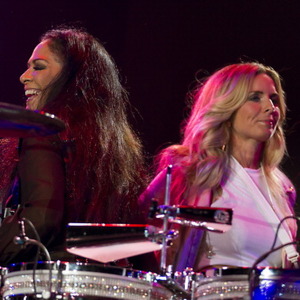