Candice Glover net worth: Candice Glover is an American singer who has a net worth of $1 million dollars. Candice Glover was born in Beaufort, South Carolina, and is the oldest of seven children. She first auditioned for the popular singing competition show, "American Idol", during the show's ninth season. She was eliminated in the final 70 round.

She came back two years later, and made it all the way to Hollywood Week, where she was eliminated after the Group round. She auditioned again in Season 12, and made it all the way to the finals, ultimately winning Season 12. Her debut single, "I Am Beautiful", went on sale in May of 2013, just after she won. She performed the single on multiple talk shows after winning "American Idol", and toured as part of the "American Idols LIVE! Tour 2013". She released a second single, "Cried" in November of 2013, and it climbed to #18 on the Adult R&B charts. In February of 2014, her debut album, "Music Speaks" was released, and debuted at #14 on the Billboard charts. 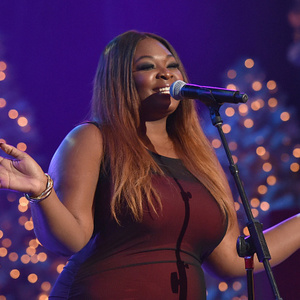