What is Camila Cabello's net worth?

Camila Cabello is an American singer who has a net worth of $18 million. Camila first became famous as a member of the girl group Fifth Harmony. She then went on to a highly successful solo career.

Camila Cabello was born in Cojimar, Cuba in March 1997. As a child, Camila and her family moved back and forth between Mexico City (where her father, Alejandro Cabello, was from) and Havana, Cuba (where her mother, Sinuhe Estrabao, was from). Camila, her mother, and her sister Sofia immigrated to Miami when Camila was 5 years old. Her father was not able to obtain a visa at that time, but joined the family about a year and a half later. Cabello was granted U.S citizenship in 2008. She attended Miami Palmetto High School but left in ninth grade in order to pursue a singing career, later earning a high school diploma.

Cabello first became famous as a member of the girl group Fifth Harmony. Cabello auditioned as a solo act on the reality television series The X Factor in 2012. She sang the song "Respect" by Aretha Franklin (however, her episode never made it to the air due to licensing issues.) After she was eliminated, she was brought back with four other female contestants to form Fifth Harmony. They ended up in third place on the show, and signed a joint deal with Simon Cowell's Syco Music and Epic Records.

Fifth Harmony released their debut studio album Reflection in 2015. The album reached #5 in the US, #8 in Canada and New Zealand, and #9 in Spain. Their single "Worth It" (featuring Kid Ink) was certified Platinum and reached #12 in the US and #3 in the UK. Their single "Work From Home" featuring Ty Dolla Sign off their second album, 7/27, became their highest-charting single in the U.S. and by December 2016 had sold 1.4 million digital copies in the U.S. The group was named MTV's Artist to Watch at the 2014 MTV Video Music Awards. Between 2013-2016, Cabello toured extensively with Fifth Harmony to much commercial success. 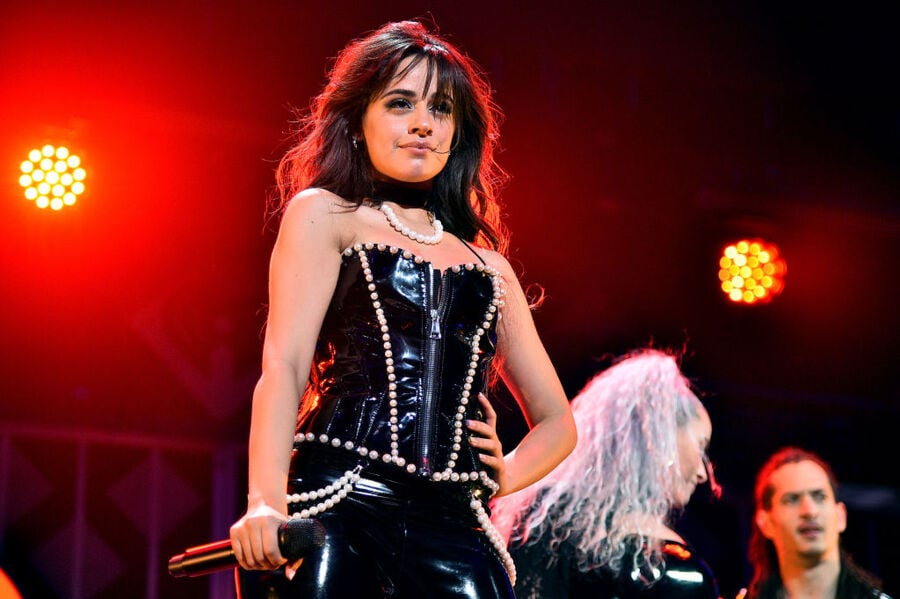 On December 18, 2016, Fifth Harmony confirmed rumors that Camila Cabello had officially left the band to pursue a solo career. Awkwardly, just a few days later the group appeared together on a New Year's Eve special which was pre-taped before she departed the group. Camila has been very successful as a solo artist. Her debut solo single "Crying in the Club" was released on May 19, 2017, and peaked at No. 47 in the U.S. Her single "Havana" featuring Young Thug reached No. 1 in the U.S. and the U.K, among other countries. In June 2018, the song became Spotify's most-streamed song by a solo female artist, holding over 888 million streams at the time.

Her self-titled debut album was released in January 2018 and debuted at No. 1 in many countries including the U.S. and Canada. Camilla was the first artist to hold the No. 1 spot on both the Adult Top 40 and the Mainstream Top 40 lists simultaneously.  In December 2018, she was nominated for two Grammys for Best Pop Solo Performance (for a live version of "Havana") and Best Pop Vocal Album. Cabello released "Senorita" with Shawn Mendes on June 21, 2019, which debuted at No. 2 on the U.S Billboard 100. It climbed to No. 1 by August of that summer. Her second album, "Romance" was released on December 6, 2019 and it was announced that she would be launching a tour in support of the album in 2020.

Camila is an active philanthropist who is active with Save the Children. She partnered with the charity in February 2016 to design a "Love Only" T-shirt to help raise awareness for inequality of girls' access to healthcare and education. In September 2019, she pledged to raise $250,000 for the organization. She has also worked extensively with the Children's Health Fund, which is a non-profit group that works to provide healthcare to children of low-income families. In 2018, she donated portions of proceeds from her VIP concert packages from her "Never Be the Same" tour to the organization. She has participated in different fundraising concerts to raise money for causes like the ACLU, hurricane relief, and breast cancer research. In March 2019, it was reported that she donated $10,000 to a GoFundMe page for a homeless immigrant.

Cabello dated writer and dating coach Matthew Hussey from February 2018-2019. They met on the set of "The Today Show". She began dating Shawn Mendes in July 2019.

Cabello has been vocal about suffering from anxiety and obsessive-compulsive disorder.

She was accused of using racial slurs, derogatory language, and making insensitive remarks in December 2019, when some social media posts she shared on Tumblr in 2012 resurfaced on Twitter. Her Tumblr account was deactivated after the posts surfaced, and she issued an apology statement saying that the posts do not represent the true her, that she was "horribly uneducated and ignorant" as a teen and deeply embarrassed she had used such language.

In April 2019 Camila paid $3.375 million for a home in the Hollywood Hills. In November 2021 she placed this home on the market for $3.95 million. She sold the home one month later for $4.3 million. Technically the home was only on the market for nine days. 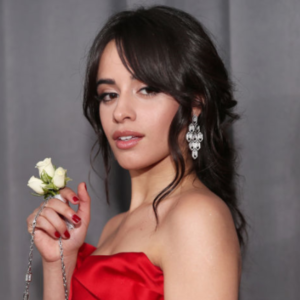