Calogero net worth: Calogero is a French singer who has a net worth of $9 million dollars. Born in Echirolles, France on July 30, 1971, his birth name was Calogero Joseph Salvatore Maurici, and he is of Italian descent. He is a singer and songwriter who also plays bass guitar. He has been active in the industry since 1989 and has been affiliated with Mercury Records.

He began performing in a band with his brother called Les Charts, and between 1989 and 1997 the band had released five albums. Eventually Calogero decided to pursue a solo route and released his first album Au milieu des Autres, in 2000. His second album in 2002 was self-titled and included hit singles such as "En apesanteur," "Aussi libre que moi," "Tien an men," and "Prendre racine. He is widely regarded as a pop rock artist with influences such as The Cure, The Beatles, and The Who. He has released five solo albums to date. 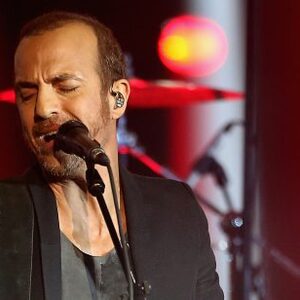