Caleb Johnson net worth: Caleb Johnson is an American singer who has a net worth of $1 million. Caleb Johnson was born in Asheville, North Carolina in April 1991. He is best known for winning the 13th season of the reality television series American Idol. He did not become interested in singing until age 17 and also plays the guitar and piano.

After he graduated high school he joined the band Rock Bottom and then the band Elijah Hooker. That band released their self-titled debut studio album in 2013. Johnson son American Idol in 2014 and released his debut solo studio album Testify which reached #9 on the US Rock chart and #24 on the Billboard 200 chart. His single "As Long As You Love Me" reached #41 on the US Rock chart. 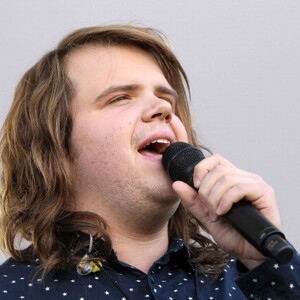