What is Burt Bacharach's Net Worth?

Burt Bacharach is a composer, songwriter, and record producer who has a net worth of $160 million. Burt wrote hundreds of pop songs from the late 50s through the 80s, many with lyricist Hal David. He began working with Hal David in the late 50s, and the two would go on to have one of the most successful songwriting partnerships in music history. They churned out multiple #1 hits, and their work from the 60s through the 80s, with classically trained pop/R&B singer, Dionne Warwick, remains popular to this day.

Among the hit songs he cowrote were "Raindrops Keep Fallin' on My Head," "(They Long to Be) Close to You," and "That's What Friends Are For." Bacharach is a three-time Academy Award winner and a six-time Grammy Award winner, and his songs have been recorded by over 1,000 different artists. He and Hal David received the Gershwin Prize for Popular Song in 2011 from the Library of Congress.

Burt Bacharach was born in 1928 in Kansas City, Missouri, and was raised in the Kew Gardens neighborhood of Queens, New York City. His mother, Irma, was a painter and songwriter, while his father, Mark, was a syndicated newspaper columnist. As a teen, Bacharach attended Forest Hills High School. He took classical piano lessons, but was dissatisfied, so he turned to jazz and bebop. For his higher education, Bacharach studied music at Montreal's McGill University, as well as at the Mannes School of Music in New York and the Music Academy of the West in Montecito, California.

After returning from his tour of duty in the US Army, Bacharach spent three years as a pianist and conductor for singer Vic Damone. He subsequently worked for singers such as Polly Bergen, Steve Lawrence, Paula Stewart, and the Ames Brothers. In 1956, Bacharach was recommended to Hollywood actress Marlene Dietrich, who was in need of a conductor and arranger for her nightclub shows. With Dietrich, he toured around the world up until the early 60s.

In 1957, Bacharach met his future collaborator, lyricist Hal David. They began to write songs together shortly after, including "The Story of My Life," which hit number one on the US Country Chart when it was recorded by Marty Robbins. The duo continued to create more hits such as "Magic Moments," sung by Perry Como, and "Make it Easy on Yourself," sung by Jerry Butler. Throughout the early 60s, Bacharach and David wrote over 100 songs together. One of their most prosperous collaborations was with Dionne Warwick, for whom they wrote such hit songs as "Don't Make Me Over," "Walk on By," "Alfie," "I Say a Little Prayer," and "I'll Never Fall in Love Again."

Bacharach released his first solo album, "Hit Maker! Burt Bacharach Plays His Hits," in 1965. Although mostly overlooked in the US, it made it to number three on the UK Albums Chart. Later, in 1969, Bacharach and David had one of their most famous hits with "Raindrops Keep Fallin' on My Head," which they wrote for the Western film "Butch Cassidy and the Sundance Kid." The pair won the Academy Award for Best Original Song for their work. Also in the 60s, they received Oscar nominations for their songs "The Look of Love," "What's New Pussycat?," and "Alfie." 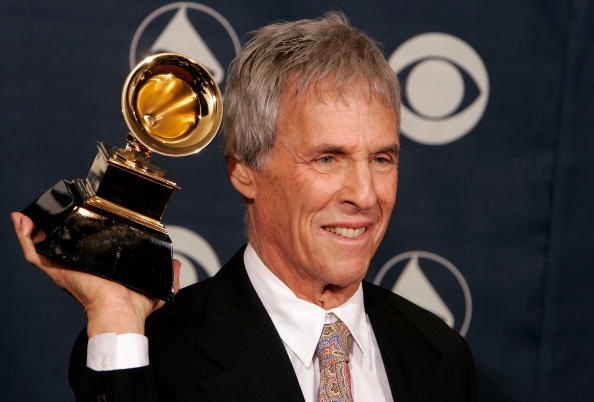 Bacharach continued to write and produce music throughout the 70s and 80s, during which time he often appeared on television and in concert. Among his notable projects was the score for the 1973 musical remake of "Lost Horizon," which he wrote with David. A commercial and critical flop, the film resulted in several lawsuits between the two men, as well as with Warwick. This project largely spelled the end of Bacharach's longtime partnership with David. The two briefly reunited two years later to write and produce the Stephanie Mills album "For the First Time." Later on, in the early 80s, Bacharach started a new partnership with lyricist and wife Carole Bayer Sager. The two collaborated on such hit songs as "Arthur's Theme (Best That You Can Do)," "Heartlight," and "On My Own." For Warwick, they also wrote "That's What Friends Are For." Bacharach went on to play at concerts throughout the world, often joining Warwick at sold-out shows.

In 1998, Bacharach co-wrote and recorded the album "Painted from Memory" with Elvis Costello. For the track "I Still Have That Other Girl," the pair won the Grammy Award for Best Pop Collaboration with Vocals. Bacharach's projects in the 2000s included the album "Here I Am," a collaboration with singer Ronald Isley, and the solo album "At This Time," which featured guest appearances by Elvis Costello and Rufus Wainwright. Later, in 2016, Bacharach composed and arranged his first original score in 16 years, for the drama film "A Boy Called Po"; he worked alongside composer Joseph Bauer on the soundtrack. In 2020, Bacharach collaborated with Daniel Tashian on the EP "Blue Umbrella," which received a Grammy nomination for Best Traditional Pop Vocal Album.

On film, Bacharach made cameo appearances in all three "Austin Powers" movies. In one of his most memorable appearances, he performed his song "What the World Needs Now is Love" atop a double decker bus.

In 1953, Bacharach married his first wife, actress Paula Stewart. The couple divorced in 1958. Subsequently, Bacharach wed actress Angie Dickinson, with whom he had a daughter named Nikki. The pair divorced in 1980, while Nikki, who struggled with Asperger syndrome, took her own life in 2007. Bacharach's third marriage was to lyricist Carole Bayer Sager; they adopted a son named Christopher, and were together until their divorce in 1991. Two years later, Bacharach wed Jane Hansen, with whom he has two children: Oliver and Raleigh.

In January 1998 Burt paid $2.5 million for a home in the Pacific Palisades area of Los Angeles. Located on arguably most-desirable block of the westside of Los Angeles, today the home is easily worth $12-15 million.

In December 2015 Burt paid $5.5 million for a home in the beach community of Del Mar, California. 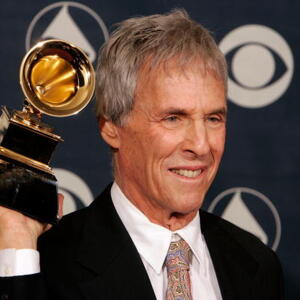