Burl Ives Net Worth: Burl Ives was an American actor, writer, and folk singer who had a net worth of $5 million. Burl Ives was born in Jasper County, Illinois in June 1909 and passed away in April 1995. His work included dramas, comedies, and voice acting. He first appeared in the 1946 film Smoky.

Ives starred in the TV series O.K. Crackerby! from 1965 to 1966. He starred in the TV series The Bold Ones: The Lawyers as Walter Nichols from 1969 to 1972 and Alias Smith and Jones as Pat "Big Mac" McCreedy from 1971 to 1972. Ives appeared on Broadway and authored an autobiography and several other books. He released numerous folk albums and had success with the singles "Lavender Blue", "A Little Bitty Tear", "Funny Way of Laughin", and "Call Me Mr. In-Between". He is remembered for the songs "A Holly Jolly Christmas" and "Silver and Gold" which were featured in the CBS animated television special Rudolph and the Red-Nosed Reindeer in which he also narrated the story. Ives won an Academy Award and Golden Globe Award in 1969 for Best Supporting Actor for The Big Country. Burl Ives passed away on April 14, 1995 at 85 years old. 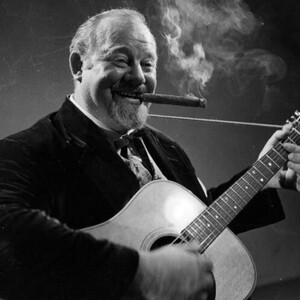