Bunny Wailer Net Worth: Bunny Wailer was a Jamaican musician who had a net worth of $1.5 million at the time of his death. Bunny was active in the music industry for decades, starting in the 1960s. He died on March 2, 2021 at the age of 73. During his career he won three Grammys and was considered a pioneer of reggae music. In 2014 Newsweek named Bunny as one of the three most important names in world music.

He was born in Kingston, Jamaica on April 10, 1947. Wailer's birth name was Neville O'Riley Livingston. Bunny was best known for being one of the original members of The Wailers, along with Bob Marley and Peter Tosh. The Wailers formed in 1963, when each singer was still a teenager. The trio split up in 1973, at which point they all pursued solo projects. Bob Marley soon became a global star and for a time brought the Wailers on his tour as backup singers.

Bunny continued to make music after leaving the Wailers and toured for years to come.

Wailer's expertise was bongo drums and the conga, He was also a vocalist, songwriter and percussionist. In 2017, Bunny received the Jamaican order of Merit, one of the country's highest honors. Bunny released over twenty-nine albums and has appeared on four compilations. His Live DVD was released in 2005. 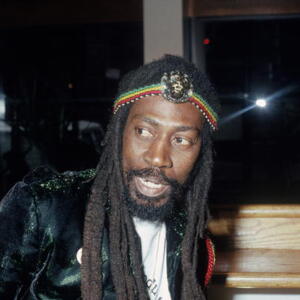